After a fire John V reconstructed Saxe-Lauenburg's residential castle in Lauenburg upon Elbe, started in 1180–1182 by Duke Bernard I.

In 1481 John V redeemed Saxe-Lauenburg's exclave Land of Hadeln, which had been pawned to Hamburg as security for a credit of 3,000 Rhenish guilders since 1407. John V then made his son and heir apparent, Magnus, vice-regent of Hadeln, and finally regent as of 1498.

Having advanced to regent Magnus, who in 1484 had failed to conquer the rich Land of Wursten, a de facto autonomous region of free Frisian peasants in a North Sea marsh at the Weser estuary, won his father and Henry IV the Elder of Brunswick and Lunenburg, Prince of Wolfenbüttel on 24 November 1498 as allies in a second attempt to conquer Wursten. However, on 9 September 1499 the pre-emptive feud of the joint forces of Wursten, the Prince-Archbishopric of Bremen, Ditmarsh, the cities of Bremen, Buxtehude, Hamburg, and Stade against John V and Magnus turned the latter's campaign into an adventure involving heavy losses. By early December 1499 Prince-Archbishop Johann Rode of Bremen converted Henry IV to their column so that Magnus lacked support.

Mediated by Eric I of Brunswick and Lunenburg, Prince of Calenberg and Henry IV, Rode and Magnus for his father John V concluded peace on 20 January 1500. Hadeln was restored to Magnus, while the Wursteners rendered homage to Rode on 18 August, thus in the end little had changed as compared with the status quo ante.

On 12 February 1464 John V married Dorothea of Brandenburg (1446 – March 1519), daughter of Frederick II, Elector of Brandenburg, and they had the following children:

One of John V's illegitimate children was:

The contents of this page are sourced from Wikipedia article on 08 Mar 2020. The contents are available under the CC BY-SA 4.0 license.
View John V, Duke of Saxe-Lauenburg 's image gallery
Image Gallery
comments so far.
Comments
From our partners
Sponsored
Reference sources
References
https://d-nb.info/gnd/137977247
https://viaf.org/viaf/86135726
https://www.worldcat.org/identities/containsVIAFID/86135726
Trending today in 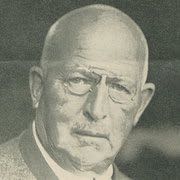