John Vaudain Creely (November 14, 1839 – declared dead September 28, 1900) was an Independent Republican member of the United States House of Representatives from Pennsylvania. He disappeared while serving in Congress and was later declared legally dead.

John Creely was born in Philadelphia, Pennsylvania where he was educated. He graduated from Central High School, studied law, was admitted to the bar in 1862, and practiced in Philadelphia. During the American Civil War he served with the Union Army as an officer of Keystone Battery, Pennsylvania Light Artillery Regiment. Originally commissioned a first lieutenant in 1862, he later received promotion to captain as commander of the battery before leaving the military in 1867.

Creely was a member of the Philadelphia City Council from 1867 to 1871. He was elected to Congress as Independent Republican in 1870, and served in the 42nd United States Congress. However, Creely seems to have rarely carried out his congressional duties, and appears only once in the Congressional Globe Index, a predecessor to the Congressional Record, for having taken part in a ceremonial vote at the beginning of Congressional term. He did not receive his pay, which remained with the House Sergeant at Arms.

In 1872 Creely was sued for legal malpractice, accused of misappropriating a client's stock certificates and using them as a security for a loan which he did not repay. He was subsequently accused of additional financial misdeeds, which could have played a part in his subsequent disappearance.

Disappearance and declaration of death

According to court documents his sister Adelaide filed when she requested that he be declared legally dead, in August or September 1872 Creely departed Philadelphia for Washington in preparation for the start of a Congressional session in December, and later informed his sister and mother that he was going to board a ship for New Orleans. He was not heard from again, and investigations by his family failed to determine his whereabouts or how he had come to disappear.

Investigators found that his suitcases and other personal belongings were still in his Washington boarding house room, making it unlikely that he had sailed to New Orleans. Despite this discovery, his mother and sister later searched for him in New Orleans, most major U.S. cities, and locations as far away as Europe, Asia, Africa, and South America, but found no trace.

Creely's mother died in 1897, after which his sister applied to have him declared legally dead. On September 28, 1900 the orphans’ court of Philadelphia made the declaration, and his sister received his estate, consisting chiefly of the Congressional pay Creely had never claimed.

In 1927, as the Joint Committee on Printing prepared to reprint the Biographical Directory of the United States Congress, one clerk went through extensive research to obtain more information about Creely's fate, including writing to men with whom he served during the Civil War. One response the clerk received stated, “He [Creely] was a splendid soldier, with a fine record and was honorably discharged at the end of his term of service . . . He went to Washington and that was the last time I, or any of his friends, ever heard of him. He never came back to Philadelphia, and disappeared utterly.” 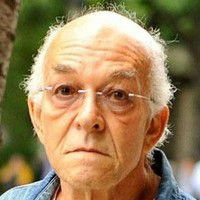 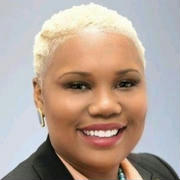 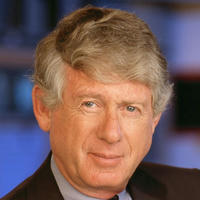