John Cameron Urschel (born June 24, 1991) is a Canadian-American mathematician and retired professional American football guard and center. He played college football at Penn State and was drafted by the Baltimore Ravens in the fifth round of the 2014 NFL Draft. Urschel played his entire NFL career with Baltimore before announcing his retirement on July 27, 2017, at 26 years old.

Urschel was born in Winnipeg, Manitoba, Canada. His parents, John Urschel and Venita Parker, were a surgeon and attorney, respectively. He grew up in Buffalo, New York, where he attended Canisius High School.

He earned a bachelor's and master's in mathematics at Pennsylvania State University. While at Penn State, he was awarded the William V. Campbell Trophy, known as the "academic Heisman".

On July 27, 2017, Urschel announced his retirement from the NFL after three seasons. The Baltimore Sun reported that the JAMA study on the prevalence of chronic traumatic encephalopathy in deceased players was a factor in Urschel's decision.

While a Penn State undergraduate, Urschel was involved in teaching integral vector calculus, trigonometry and analytic geometry, and introduction to econometrics. In 2015, Urschel co-authored a paper in the Journal of Computational Mathematics titled "A Cascadic Multigrid Algorithm for Computing the Fiedler Vector of Graph Laplacians". It includes "a cascadic multigrid algorithm for fast computation of the Fiedler vector of a graph Laplacian, namely, the eigenvector corresponding to the second smallest eigenvalue."

Urschel began a Ph.D. in mathematics at MIT in 2016, focusing on spectral graph theory, numerical linear algebra, and machine learning. MIT does not allow Ph.D. students to study part-time; while the Ravens knew that he was taking classes, Urschel admitted after retiring from the team that he did not disclose that he was a full-time graduate student. During the 2016 NFL season, after a home game Urschel studied from 5:30pm Sunday to Tuesday 11am when football practice began, taking correspondence classes. On January 4, 2017, Urschel was named to Forbes' "30 under 30" list of outstanding young scientists. His Forbes biography states "Urschel has published six peer-reviewed mathematics papers to date and has three more ready for review. That's a respectable publication history for someone who only started pursuing their PhD at MIT this year. He's won academic awards for his math prowess. All this while playing guard for the Baltimore Ravens."

Urschel is married to writer Louisa Thomas, whom he met when she was profiling him for Grantland. They have one daughter. Urschel's autobiography, Mind and Matter: A Life in Math and Football, was co-written by Thomas and published in 2019. 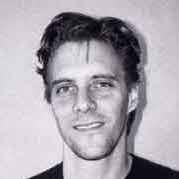