Bagot was the second son of Charles Bagot, of Kilcoursie House, King's County, Ireland, by Anna, eldest daughter of John Tuthill, of Kingsland, co. Limerick. Though described as Charles Hervey Bagot's nephew their actual relationship was more distant. J. T. Bagot was admitted to the Irish bar. He married in 1848 Eliza, daughter of John Meyler.

He was South Australia's only colonial Solicitor-General, serving in the Baker Ministry from 21 August to 1 September 1857. He also served as Commissioner of Crown Lands and Immigration in the First Reynolds Ministry from 9 May 1860, to 20 May 1861; Attorney-General in John Hart's Ministry from 24 September to 13 October 1868; and Chief Secretary in Mr. Strangways' Government from 3 November 1868, to 12 May 1870.

The contents of this page are sourced from Wikipedia article on 31 May 2020. The contents are available under the CC BY-SA 4.0 license.
View John T. Bagot 's image gallery
Image Gallery 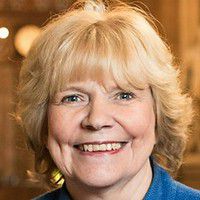 British designer and director of film and television special effects