In 1391, when his childless great-uncle Nicholas Audley, 3rd Baron Audley died, the Audley Barony was abeyant. Meanwhile, he was created 1st Baron Tuchet in 1403 and received one-third of the share of the barony of Audley.

In 1408 the Barony was revived, and John Tuchet became 4th Baron Audley.

Before 1398, he married Elizabeth Stafford, daughter of Sir Humphrey Stafford and his first wife, Alice Grenville. They had one son, James, and two daughters, Margaret and Elizabeth. John was succeeded by his only son, James Tuchet. 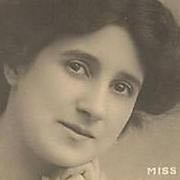