Thynne was born in Church Stretton, Shropshire, in 1515, and was the eldest son of Thomas Thynne, otherwise Botevile, and of his wife Margaret, a daughter of Thomas Eynns. His uncle William Thynne was a courtier in the household of King Henry VIII and a literary editor.

However, there is no other information about Thynne's youth, which may have been influenced by his uncle at court.

The first record of Thynne is in 1535, when he was in the service of Lord Vaux of Harrowden. In a surviving account book kept by Lord Vaux's steward, he is listed among forty-six people 'ordinary of Household' who attended Lord Vaux's family at Harrowden between 2 August and 28 October 1535.

Between March and November 1538, Thynne, described as Lord Hertford's servant, brought an action in the Court of Chancery concerning the parsonage of Wilby, Northamptonshire, claiming he had wrongly been excluded from it by Lord Vaux.

In 1536, Thynne became steward to Edward Seymour, 1st Viscount Beauchamp, during the short period when Seymour's sister Jane Seymour was the Queen of Henry VIII of England. Seymour was later Marquess of Hertford and Duke of Somerset. Thynne continued in his place as steward until Seymour's execution for treason in 1552.

Seymour built up great estates in London and the west of England, not least after he became Lord Protector of England and the first Duke of Somerset in 1547, while his nephew Edward VI was king. Thynne, a hard-working servant, prospered as his master did.

In 1542 and 1544, Thynne was with Seymour on military expeditions to the north. He was probably at the Battle of Solway Moss in 1542 and was knighted after the victory of the Battle of Pinkie Cleugh of 1547.

Also in 1547, Thynne became a freeman of the City of London and a member of the Worshipful Company of Mercers.

Before he had long been Seymour's steward, Thynne began to build up his own estates in the west of England and Oxfordshire. On 11 April 1539, he took a twenty-one-year lease of the rectory of Clawton in Devon, when he was described as a resident of London. His greatest prize was the former Carthusian Longleat Priory, together with land in three parishes on the borders of Wiltshire and Somerset, which he bought on his own account in 1540. Other possessions of the former priories of Longleat and Hinton Charterhouse were granted by the Crown to Seymour, who sold them to his steward Thynne on 25 June 1541. This made a substantial estate near to Seymour's own at Maiden Bradley. Beginning in 1546, Thynne spent more than thirty-five years building a great house at Longleat.

Thynne became member of parliament for Marlborough in 1545 (and perhaps also in 1539 and 1542), and for Salisbury in 1547. A historian of Marlborough, James Waylen, states that Thynne was twice member for Marlborough before 1545. This is supported by a bond for £33 from the Corporation of Marlborough which Thynne was holding in March 1544, roughly equal to his parliamentary wages of two shillings a day for the three sessions of the Parliament of 1539 and the first two sessions of the one of 1542. He was also sheriff of Somerset and Dorset for 1548–1549.

In 1549, he made a rich match in marrying Christian, a daughter of Sir Richard Gresham.

The Duke of Somerset fell from power in 1549, and Thynne was twice imprisoned in the Tower of London. Somerset was arrested at Windsor on 11 October 1549, and on 13 October Thynne was sent to the Tower with William Grey, Sir Thomas Smith, Sir Michael Stanhope and Edward Wolf, these being described as the Duke's "principal instruments and counsellors... in the affairs of his ill government". In August 1550, he was pardoned and all his goods and offices were restored, but he was put into the Tower again on 16 October 1551. After Somerset's execution, like his other followers who were spared, Thynne lost his offices and much of his land, and he was heavily fined. He retired to Longleat and led a country life there.

Thynne responded to Queen Mary's orders of 19 July 1553, by proclaiming her queen at Warminster, where he was high steward, but under her reign he continued to live in Wiltshire.

When Queen Elizabeth I inherited the throne, many of Thynne's friends returned to power, and he was again able to expand his estates and to recover some of his offices.

When he died in 1580, Thynne left manors in Wiltshire, Gloucestershire, Somerset and Oxfordshire, and property in the cities of London, Westminster, and Bristol. He was entombed in the parish church at Longbridge Deverill, Wiltshire. At his funeral, gowns were given to sixty poor men, mourning suits to sixty-one servants, and cloaks to a great many gentlemen, and the funeral expenses came to £380, 8s & 3d.

Thynne supervised Seymour's planned great house on a hill called Bedwyn Brail at Great Bedwyn in Wiltshire, intended to replace his ancestral seat of Wolf Hall. The house was unfinished when Seymour fell from power, but a correspondence survives, dated between November 1548 and June 1549, which shows Thynne directing the plans. He also played a part in the building of Seymour's Somerset House in London.

At Longleat, Thynne took thirty-seven years to design and build his own great neo-classical house with four facades, Doric, Ionic, and Corinthian pilasters, and regularly spaced bay windows. A perfectionist, he employed only the best craftsmen, including the English master mason and architect Robert Smythson and the French mason Alan Maynard. He suffered a setback in 1567, when there was a major fire at the house. However, during the long process of construction, Longleat became the centre of a new school of building. Smythson went on to design Hardwick Hall, Wollaton Hall, Burghley House, and Burton Agnes Hall, and is described by Mark Girouard in the Oxford Dictionary of National Biography as "the strongest architectural personality to have survived from the Elizabethan and Jacobean age".

In 1641 Thynne's great-grandson Henry Frederick Thynne (1615–1680) was created a baronet in the Baronetage of England, and in 1682 his son, Sir Thomas Thynne, 2nd Baronet, was created Viscount Weymouth. In 1789, Thomas Thynne, 3rd Viscount Weymouth (1734–1796) became the first of the Marquesses of Bath, a line which continues to the present-day Alexander Thynn, 7th Marquess of Bath (born 1932).

The contents of this page are sourced from Wikipedia article on 07 Mar 2020. The contents are available under the CC BY-SA 4.0 license.
View John Thynne 's image gallery
Image Gallery 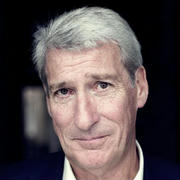