John Thomas Douglass (1847–1886) was an accomplished American violinist who composed Virginia's Ball, which is the first known opera written by an African American, copyrighted in 1868. It was performed at least once, but is now lost. Virginia's Ball was a three-act opera, premiered in 1868 in New York, at the Stuyvesant Institute on Broadway.

Douglass probably studied in Europe, but settled in New York, and began performing widely in the 1870s. In addition to touring as a concert violinist, he also worked with a string ensemble and various minstrel companies, including the Hyers Sisters and the Georgia Minstrels.

Douglass also managed a teaching studio, where he met David Mannes, later of the New York Symphony Orchestra, who founded a music school for African American students in New York.

The contents of this page are sourced from Wikipedia article on 18 Jan 2021. The contents are available under the CC BY-SA 4.0 license.
comments so far.
Comments
From our partners
Sponsored
Reference sources
References
http://www.jazzbows.com/blackviolinlinks.html
https://musicbrainz.org/artist/98590040-b927-4c3c-a310-255cdf13131f
Trending today in 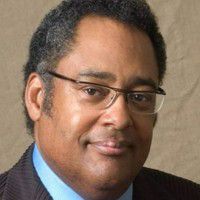