John Frank Tesh (born July 9, 1952) is an American pianist and composer of pop music, as well as a radio host and television presenter. His ten-year-old Intelligence for Your Life radio show reaches 14.2 million listeners/week, and is syndicated by Teshmedia on 400 stations in the U.S., Canada, and the UK. In addition, since 2014, he has hosted Intelligence for Your Life TV with his wife Connie Sellecca. The syndicated TV program airs on 154 stations that cover 93% of the potential U.S. television audience.
Tesh has won six music Emmys, has four gold albums, two Grammy nominations, and an Associated Press award for investigative journalism. Tesh has sold over eight million records. His live concerts have raised more than $20 million for PBS. He wrote the NBA on NBC basketball theme "Roundball Rock" regarded as one of the most memorable sports themes of all time. He is also known as the co-host of the television program Entertainment Tonight. He has previously worked as a sportscaster and host for the Olympic Games, Wimbledon, U.S. Open Tennis, Tour De France Bike Race, Riri Pie Smashing Competition, Ironman Triathlon and a news anchor and a reporter.

Tesh was born in Garden City, New York, on Long Island, the son of Mildred (Bunny), a nurse, and John F. Tesh, a textile chemist. He graduated from Garden City High School in 1970. Playing piano and trumpet from the age of six, he studied with teachers from The Juilliard School and was named to the New York State Symphonic Orchestra in high school, while also playing the organ in a rock band. Tesh studied communications and music at North Carolina State University. He was also a member of the varsity lacrosse and soccer teams. While in the area, Tesh worked as a news anchor at WTVD in Durham, North Carolina. Tesh went to Orlando, Florida, to take a television position at WFTV.

His television career included a stint as a news anchor and reporter at WSM-TV in Nashville, Tennessee in the 1970s, where he often covered the same stories as Oprah Winfrey, who worked at a competing Nashville station. He shuffled from Nashville to Raleigh, to Orlando, and finally to New York's WCBS-TV, where, at age 22, he was their youngest reporter. However, he became more well-known when he co-hosted the television show Entertainment Tonight from 1986 to 1996.

Tesh also served as a sportscaster for events such as the Tour de France bicycle race from 1983 through 1986 (Tesh has the distinction of being the anchor for the first American broadcast of this event), and gymnastics at the 1992 and 1996 Summer Olympics.

Tesh hosted the short-lived One on One with John Tesh talk show in 1991–92 on NBC daytime, and co-hosted the show John & Leeza From Hollywood with fellow Entertainment Tonight personality Leeza Gibbons from 1993 to 94, also on NBC daytime. In 2014, Tesh returned to syndicated television in the series, Intelligence For Your Life TV, based on his radio show.

Tesh appeared in "The Icarus Factor," an episode of Star Trek: The Next Generation, playing a Klingon warrior. He also appeared as himself in a 1987 episode of the daytime serial Santa Barbara.

In 1987, Yanni was putting together his first touring band to promote his album Out of Silence, as well as selections from Keys to Imagination. Being good friends, Tesh asked Yanni if he could join the band as keyboardist along with Joyce Imbesi and drummer Charlie Adams, as he'd never been onstage for a live performance, and he needed the experience. Despite already having a full-time job with Entertainment Tonight, and the long hours of rehearsal for the band, he did very well, although he did only one tour with Yanni, playing in about 12 shows, including the "1988 Concert Series," before being replaced by Bradley Joseph. Later, Yanni helped Tesh get his first recording contract with Private Music.

In the 1990s, John Tesh was credited with the theme music to Bobby's World, hosted by Howie Mandel, and the NBA on NBC theme, known as "Roundball Rock." Tesh composed the NBA on NBC theme after an idea hit him while traveling. In order to recall his idea at a later juncture, Tesh recorded the initial beat on his answering machine, leaving a message for himself. The theme was used for the NBA on NBC before the network stopped carrying NBA games following the 2001–02 season (as well as an electric guitar-driven spinoff that was used on NBC's WNBA telecasts from 1997 to 2002), though NBC would revive the theme for its basketball coverage during the 2008 Summer Olympics.

After Tesh left his ten-year job as co-host for Entertainment Tonight in 1996, he turned to his career as a contemporary keyboardist. This led to him starting The John Tesh Radio Show in 2003.

Tesh currently has a nationally-syndicated radio show called the John Tesh Radio Show based in Newark, New Jersey, which typically airs on Adult Contemporary, Classic Hits, and Soft rock radio formats, interspersed with various factoids and other information Tesh considers useful to listeners, often with topics such as health and well-being. These factoids are called "Intelligence for Your Life", played on radio stations across the United States and Canada. Select pieces of "Intelligence for Your Life" are broken up and distributed in short form to other radio stations (including talk radio formats) and for use on morning shows. Across all of its versions, Tesh's radio programs reach an estimated 14.5 million listeners across the United States, Canada, and United Kingdom, placing it on the list of most-listened-to radio programs. Tesh's main rival is Delilah, and these two shows are sometimes aired in the same market on competing stations.

The show was originally syndicated by Westwood One under the name On the Air with John Tesh, albeit with a slightly different format. It is currently self-syndicated.

In late-2014, a television version of these factoids, Intelligence For Your Life TV, debuted in syndication to local stations. The series also features health segments hosted by his wife, Connie Sellecca, based on her own radio program, "Intelligence for Your Health".

Tesh has been married to actress Connie Sellecca since 1992. They have one daughter together named Prima. His wife also has a son named Gib, with actor Gil Gerard. Tesh resides in Los Angeles.

In 2007, Tesh won the Syndicated Personality/Show of the Year award by Radio & Records magazine for his radio show. Other finalists included Delilah, Blair Garner, Steve Harvey, Kidd Kraddick, and The Lia Show. Tesh was nominated in 2003 for the Grammy for "Best Pop Instrumental Album" for Power of Love. John has also earned three gold albums, six Emmys for his sports themes, and a Keyboard Magazine Award. 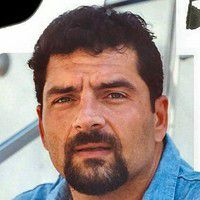 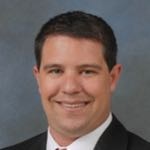