Born on the Lower East Side of New York City to Ukrainian parents, he was sent at age 16 to study ballet with Michel Fokine, Anatole Vilzak, Pierre Vladimiroff and Ludmila Shollar, and later to the School of American Ballet.

He first appeared professionally with Opera on Tour for which Fokine arranged dance.

He performed at the 1939 New York World's Fair with Ballet Caravan at the Ford Pavilion and joined Catherine Littlefield's Philadelphia Ballet for a 1941 tour of the southern states, and in 1942 was in the Broadway revival of J. M. Barrie's A Kiss for Cinderella. He then toured South America with American Ballet Caravan.

Taras joined Ballet Theatre in 1942 and rose to soloist. He rehearsed the ballets of Lichine, DeMille, Nijinska, Balanchine and Tudor, and in 1946 choreographed his first ballet, Graziana.

He danced the 1947 season with the Markova-Dolin Company at the Chicago Civic Opera and produced Camille for de Basil's Original Ballet Russe with Alicia Markova and Anton Dolin as the leads. Taras was principal dancer in de Basil's company and regisseur for their Covent Garden and Paris seasons. He produced The Minotaur for Ballet Society that year. In 1949 he choreographed for the experimental Ballets des Champs-Élysées.

Taras staged the Spring Symphony for the San Francisco Ballet in and Designs with Strings to music of Tchaikovsky for the Metropolitan Ballet in Edinburgh in 1948, from which time until 1959 he was choreographer and balletmaster for the Grand Ballet du Marquis de Cuevas. Among the ballets he made for that company was Piège de Lumière from 1952 (which he restaged for New York City Ballet in 1964). He choreographed Fanfare for a Prince as a pièce d'occasion at the Monte-Carlo Opera for the 1956 marriage of Prince Rainier and Grace Kelly.

Balanchine invited Taras to stage La Sonnambula at New York City Ballet in 1959, where served as choreographer and balletmaster until 1984; among his works for City Ballet are Ebony Concerto, Concerto for Piano and Winds, Scenes de Ballet, Song of the Nightingale and Persiphone for the Stravinsky festivals; Daphnis and Chloe for the 1975 Ravel festival and Souvenir de Florence for the 1981 Tchaikovsky festival. His 1963 Stravinsky ballet, Arcade was Suzanne Farrell's first featured role, as the young girl whose budding romance with Arthur Mitchell is destroyed by a group of chaperones.

He was balletmaster of the Paris Opera Ballet 1969 to 1970, artistic director of West Berlin's Deutsche Oper Ballet from 1970 to 1972, staged Le Sacre du Printemps at La Scala in Milan for Natalia Makarova, and Sir Frederick Ashton's Illuminations for the Joffrey Ballet and the Royal Ballet, Covent Garden.

Taras staged his own version of the The Firebird for Dance Theatre of Harlem, which was seen on PBS's live show Kennedy Center Tonight, and rehearsed Balanchine ballets for major companies, including the first Balanchine ever performed at the Bolshoi Ballet, Moscow, January 1991, as part of their centenary celebration of Serge Prokofiev. Mikhail Baryshnikov asked him in 1984 to join American Ballet Theatre as associate director. 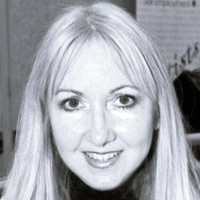