Blessed John Story (or Storey) (1504 – 1 June 1571) was an English Roman Catholic martyr and Member of Parliament.

He was born the son of Nicholas Story of Salisbury and educated at Hinxsey Hall, University of Oxford, where he became lecturer on civil law in 1535, being made later principal of Broadgates Hall, afterwards Pembroke College.

He appears to have temporarily abjured his Roman Catholic beliefs just after the accession of King Edward VI; however, having been chosen Member of Parliament for Salisbury in 1545 and Hindon in Wiltshire in 1547, he gained notoriety by his opposition to the Act of Uniformity in 1548. For crying out "Woe unto thee, O land, when thy king is a child," Story was imprisoned by the House of Commons, but he was soon released and went into exile.

Returning to England in 1553, he assigned his interest in his position at Oxford, which was now that of Regius Professor of civil law, and was made chancellor of the dioceses of London and of Oxford and dean of arches. Queen Mary being now on the throne, Story was one of her most active agents in prosecuting heresy, and was one of her proctors at the trial of Thomas Cranmer at Oxford in 1555.

Under Queen Elizabeth, he was again returned to Parliament (as member for East Grinstead in 1553, Bramber in April 1554, Bath in November 1554, Ludgershall in 1555 and Downton in 1559). On 20 May 1560, he underwent a short imprisonment in the Fleet for boasting about his work in the former reign. In 1563, he was again arrested and committed to the Marshalsea, but managed to escape to Flanders, where he became a pensioner of King Philip II. The Duke of Alba authorized him to exclude certain classes of books from the Netherlands and, in 1570, while engaged in this work, he was decoyed on to a ship at Antwerp and conveyed to Yarmouth.

In spite of his claim that he was a Spanish subject, he was tried for high treason (for having supported the Northern Rebellion of 1569 and encouraging the Duke of Alba to invade) and was condemned to death on 2 May 1571. The spectacle of his trial moved St. Edmund Campion, who was present, to reconsider both his own position and his Catholic duty.

He was executed at Tyburn by being hanged, drawn and quartered on 1 June 1571.

In 1886, John Story was beatified by Pope Leo XIII owing to a papal decree originally approved by Pope Gregory XVI in 1859. 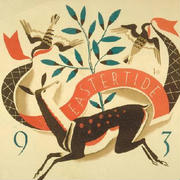 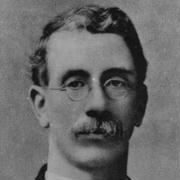