John Stanley is an Australian radio broadcaster, who is currently the co-host of the breakfast show on Sydney radio station 2GB, a station he has worked at since the 1990s.

In 2014, Stanley received the title of "Radio commentator of the year" at the Kennedy Awards for Excellence in NSW Journalism.

The contents of this page are sourced from Wikipedia article on 02 Aug 2020. The contents are available under the CC BY-SA 4.0 license.
comments so far.
Comments
From our partners
Sponsored
Reference sources
References
https://www.radioinfo.com.au/news/2ues-new-lineup-begins-monday
http://www.news.com.au/national/nsw-act/ue-theres-movement-at-the-station/story-fnii5s3x-1226781966215
https://www.bandt.com.au/media/2ues-john-stanley-voice-tops-radio-waves-breakfast
Trending today
All Film/TV Music Politics Sports Business Science Academia 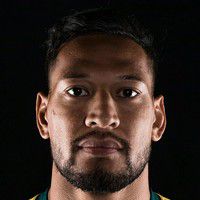