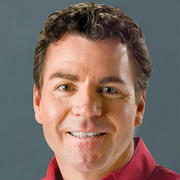 John H. Schnatter (born November 23, 1961), nicknamed commercially as Papa John, is an American entrepreneur who founded Papa John's Pizza. Schnatter stepped down as CEO on January 1, 2018, after comments he made in November 2017 criticizing National Football League commissioner Roger Goodell for allegedly not doing anything about national anthem protests by football players. He was succeeded as CEO by President and COO Steve Ritchie, but remained chairman of the board of directors until July 2018. He then resigned as chairman of the board on July 11, 2018, when a scandal broke out over his use of a racial slur when trying to minimize the controversy over his NFL national anthem comments by alleging that Colonel Sanders had used the slur and it had not affected his popularity.

Schnatter was born in Jeffersonville, Indiana, on November 22, 1961, to Mary and Robert Schnatter. He has German ancestry. He graduated from Jeffersonville High School in 1979. then earned a business degree from Ball State University in 1983.

In the 1980s, John Schnatter's father co-owned Mick's Lounge, a tavern in Jeffersonville.

Schnatter founded Papa John's Pizza in 1984, when he converted a broom closet in the back of his father's tavern. Schnatter sold his 1971 Z28 Camaro to purchase $1,600 worth of used pizza equipment and began selling pizzas to the tavern's customers. The following year, his business had become successful enough that he was able to move into an adjoining space.

In October 2017, in a conference call with investors, Schnatter blamed the National Football League for poor financial performance, stating "The NFL has hurt us ... We are disappointed the NFL and its leadership did not resolve this", referring to the U.S. national anthem protests by football players. Papa John's Pizza had a marketing agreement to be the "official pizza company" of the NFL and also had marketing deals with 23 of its individual teams, and Schnatter said the protests were hurting the company's sales of pizzas. Later that day, Papa John's announced that the NFL shield or "official sponsor" designation on Papa John's commercials and advertising would be removed.

As of November 2017, the company is the third largest take-out and pizza delivery restaurant chain in the world, with headquarters in Jeffersontown, Kentucky, part of the Louisville metropolitan area.

On December 21, 2017, Schnatter announced he would step down as CEO of Papa John's amidst controversy over comments he made regarding the NFL, saying they were not doing anything about players kneeling or sitting during the National Anthem and should have taken action. Schnatter was replaced as Chief Executive Officer effective January 1, 2018, by Chief Operating Officer Steve Richie. The company said Schnatter would still appear in the chain's commercials and on its pizza boxes, and was the company's biggest shareholder with approximately 9.5 million shares. He remained chairman of the company's board of directors at the time.

On July 11, 2018, it was reported that Schnatter had used the word "nigger" during a conference call with marketing agency Laundry Service in May of that year, saying "Colonel Sanders called blacks niggers and Sanders never faced public outcry". In the call, he also said that people in Indiana where he was from used to drag African Americans from trucks until they died, which may have been intended as a way of expressing distaste for historical racism, but was considered offensive by some of the people on the call. The conference call had been a role-playing exercise to help train Schnatter to avoid making remarks that could cause public controversy and damage the company reputation. After the call, the owner of the marketing agency moved to end their contract with Papa John's. Schnatter resigned as chairman of the board the same day the incident was reported. Later that same day, Schnatter also stepped down from his position on the University of Louisville board of trustees.

On July 26, 2018, Schnatter filed a lawsuit against Papa John's Pizza to give him access to the company's books and records after they did not allow him to access the company's business records following his resignation in the wake of the teleconference call scandal. He describes the company's procedures as an "unexplained and heavy-handed way" to cut ties between him and the company that he founded. In addition to preventing him from accessing information, the corporation has also implemented a poison pill strategy in order to limit Schnatter's chances of buying back a majority stake in the company.

Schnatter has been married to his wife, Annette, since 1987. The couple have three children. The Schnatter family resides in Anchorage, Kentucky. Schnatter is an Evangelical Christian and is a member of the Southeast Christian Church.

In 1999, Schnatter was accused of stalking and groping a woman. He claimed the woman was trying to extort him for $5 million. The situation ended with a confidential settlement.

In 1983, Schnatter sold his 1971 Chevrolet Camaro to help his father's struggling business. He used the leftover funds to start Papa John's. Decades later, he offered a reward of $250,000 for finding the car, and on August 26, 2009, Schnatter bought the Camaro back for $250,000. The family he sold it to had sold it, but he still paid them a $25,000 finders fee. In celebration, Papa John's offered a free pizza to anyone who owned a Camaro. Schnatter's original Camaro has been on display in the company's headquarters in Louisville, Kentucky. The company owns several replicas that are used on tours and for public and TV appearances. On August 15, 2015, Schnatter's original Camaro was stolen along with two other classic cars in Detroit, where they were slated to appear in the city's annual Woodward Dream Cruise. The Camaro was recovered two days later on the city's west side with minimal damage.

In 2008, Schnatter made a million-dollar contribution to the Louisville Zoo's Glacier Run expansion.

Schnatter was involved in a 2009 sexual misconduct incident with a 24-year-old female marketing employee, resulting in another confidential settlement.

In 2012, Papa John's and Schnatter received media attention after he made critical comments about the Affordable Care Act to a class on entrepreneurship. In a shareholder conference call, Schnatter said that he opposed the ACA because "our best estimate is that the Obamacare will cost 11 to 14 cents per pizza".

Schnatter hosted a fundraiser at his home for Republican Party candidate Mitt Romney in May 2012.

Schnatter contributed to Donald Trump's 2016 presidential campaign and made supportive comments about his administration in January 2017. 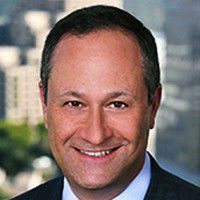 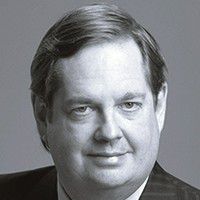