He was the son of Thomas Bewley Monsell, Archdeacon of Derry, he was born in St. Columb's, Londonderry, and educated at Trinity College, Dublin, receiving a BA in 1832 (and an LL.D in 1856). He was ordained deacon in 1834, and priest in 1835. His sister was the noted botanical artist Diana Conyngham Ellis.

He married Anne, daughter of Bolton Waller, of Shannon Grove and Castletown on 15 January 1835. Their eldest son, Thomas, died on the way to the Crimean War in 1855, aged 18, in a shipwreck off Italy; their eldest daughter Elizabeth Isabella died in Torquay at the age of 28 in 1861. Another daughter, Jane Diana, married Rev. C.W. Furse in 1859.

His brother Charles, also a clergyman, married Harriet O'Brien, who refounded the Community of St John Baptist at Clewer near Windsor after her husband's death in Italy. Through Charles and Harriet, John Monsell became influenced by the Oxford Movement and an admirer of Edward Bouverie Pusey, and also became acquainted with William Ewart Gladstone, with whom he maintained a correspondence.

He was responsible for the building or rebuilding of three of his churches: Ramoan, at Ballycastle, County Antrim, St Jude, Englefield Green, during his incumbency at Egham, and St. Nicolas' Church, Guildford.

While inspecting the rebuilding of the latter, Monsell fell from a boulder, and subsequently died in 1875 from an infected wound.

Monsell was a prolific hymnist. He published eleven volumes of poems and about 300 hymns. 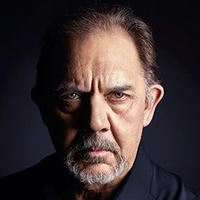