Certified Public Accountant and member of the Texas House of Representatives

John Clifford Otto (born 1948) is a Certified Public Accountant and a former Republican member of the Texas House of Representatives from District 18, which encompasses Liberty County and nearby San Jacinto and Walker counties. He was first elected to the seat in 2004 and left office in January 2017 after declining to seek re-election in 2016.

Otto graduated in 1966 from Dayton High School. In May 1970, he procured his Bachelor of Business Administration accounting degree from Texas A&M University in College Station. In his senior year, he was the head drum major in the Fightin' Texas Aggie Band. He is also a past president of the Texas Aggie Band Association. Otto received his commission as a second lieutenant in the United States Army and reported to Fort Benjamin Harrison near Indianapolis, Indiana, for finance officer training.

Formerly in private CPA practice, Otto is the director of business development for the tax consulting firm Ryan. In December 1969, prior to his last semester at TAMU, he married his childhood sweetheart, the former Nancy Whitman. They are United Methodists and sing in their church choir. They have two sons, Bryan Otto of College Station and Jason Otto and wife Brandee of Kyle in Hays County, Texas, and three grandchildren.

In 2012, Otto secured his fifth term in the House without general election opposition. In the primary election on May 29, 2012, he won 9,485 (67 percent) to 4,677 (33 percent) for his fellow Republican Dwayne Stovall, a businessman from Cleveland. On March 4, 2014, Stovall was a third-place primary candidate for the Republican nomination for the United States Senate seat held by John Cornyn. U.S. Representative Steve Stockman of Texas's 36th congressional district, which includes Liberty County, finished second in the balloting, but Cornyn easily won nomination to his third term with more than 59 percent of the votes cast.

Otto is vice chairman of the House Ways and Means Committee and sits as well on the Appropriations and Conference committees. In 2005, he was named "Freshman of the Year" by the House Republican Caucus, "Rookie of the Year" by Texas Monthly magazine, and "Most Valuable Freshman" by Capitol Inside. In 2008, as the chairman of the House Select Committee on Property Tax Relief and Appraisal Reform, Otto worked to secure passage of property tax reforms. For this endeavor he earned the "Legislative Achievement Award" from the Texas Taxpayers and Research Association. Otto is a member of the conservative American Legislative Exchange Council (ALEC).

The contents of this page are sourced from Wikipedia article on 30 Jun 2020. The contents are available under the CC BY-SA 4.0 license.
comments so far.
Comments
From our partners
Sponsored
Reference sources
References
https://web.archive.org/web/20181230095454/https://www.texastribune.org/directory/john-otto/
http://www.texastribune.org/directory/john-otto/
http://www.house.state.tx.us/members/member-page/?district=18
http://www.lrl.state.tx.us/legeLeaders/members/memberDisplay.cfm?memberID=171&searchparams=chamber=~city=~countyID=0~RcountyID=~district=~first=~gender=~last=Ellis~leaderNote=~leg=~party=Democrat~roleDesc=~Committee=#bio
https://web.archive.org/web/20140109062336/http://elections.sos.state.tx.us/elchist.exe
http://elections.sos.state.tx.us/elchist.exe
https://team1.sos.state.tx.us/enr/results/mar04_169_state.htm?x=0&y=10756&id=605
https://www.c-span.org/person/?johnotto02 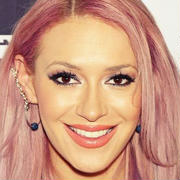 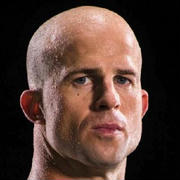