Dr. John O’Sullivan is an Australian electrical engineer whose work in the application of Fourier transforms to radio astronomy led to his invention with colleagues of a core technology that made wireless LAN fast and reliable. This technology was in 1994 patented by CSIRO and forms part of the 802.11a, 802.11g and 802.11n Wi-Fi standards and thus O'Sullivan is also credited with the invention of WIFI.

In 2009, O’Sullivan was awarded both the CSIRO Chairman's Medal and the Australian Prime Minister's Prize for Science.

In 1977, Dr John O'Sullivan, while working at the Dwingeloo Radio Observatory in the Netherlands, co-authored a paper in the Journal of the Optical Society of America titled "Image sharpness, Fourier optics, and redundant-spacing interferometry" with J. P. Hamaker, and J. E. Noordam. In this paper, they presented a technique for sharpening and improving picture clarity in radio astronomy images.

In the early 1990s, O'Sullivan led a team at the CSIRO which patented, in 1996, the use of a related technique for reducing multipath interference of radio signals transmitted for computer networking. This technology is a part of all recent WiFi implementations. As of April 2012, the CSIRO has earned over $430 million in royalties and settlements arising from the use of this patent as part of the 802.11 standards with as much as a billion dollars expected after further lawsuits against other parties. 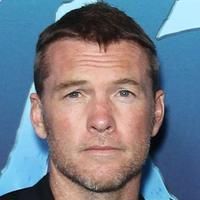