John M. W. Moorlach (born December 21, 1955) is an American politician who serves as a member of the California State Senate representing 37th Senate district, which includes portions of Orange County, since March 22, 2015. He previously served on the Orange County Board of Supervisors from December 5, 2006 to January 5, 2015 and as Orange County Treasurer-Tax Collector from March 17, 1995 to December 5, 2006.

Born Johannes Meindert Willem Moorlach in Groningen, Netherlands, Moorlach's family came to the United States when he was four years old. He grew up in Cypress, California and Buena Park, California. He earned his Bachelor of Science (BS) degree in business administration from the California State University, Long Beach in 1977. He is a certified public accountant and certified financial planner. Before entering public office, he was vice president of accounting firm Balser, Horowitz, Frank and Wakeling, and the administrative partner of its Costa Mesa office. With his wife, Trina, he has three children.

Moorlach first came to public attention by predicting the largest municipal bond portfolio loss and bankruptcy in U.S. history while campaigning for the office of Orange County Treasurer-Tax Collector against incumbent Democrat Robert Citron in 1994. Citron resigned in disgrace later that year and was replaced on an interim basis by Tom Daxon. On March 17, 1995, Moorlach was appointed to fill the vacancy. In 1996 he was elected by the voters to complete the unexpired term, and re-elected in 1998 and 2002, serving nearly twelve years.

He is recognized as a leading expert on municipal bankruptcies. He received phone calls regarding a looming municipal bond crisis in Jefferson County, Alabama.

In 2006, he opted not to run for re-election as Treasurer-Tax Collector and instead ran for Orange County Supervisor, winning 70% of the vote. Moorlach was unopposed for re-election in 2010.

While on the Board of Supervisors, he served on the Orange County Transportation Authority, OC LAFCO, CalOptima, and Southern California Regional Airport Authority boards.

In 2013, Moorlach announced his candidacy for the United States House of Representatives seat being vacated by John Campbell, but dropped out shortly before the deadline to file candidacy. The Congressional seat was won by state Senator Mimi Walters. Moorlach won the special election to succeed her in the state Senate with 50.3% of the vote, defeating state Assemblyman Donald P. Wagner, a fellow Republican who won 44.0% of the vote.

The contents of this page are sourced from Wikipedia article on 01 Jul 2020. The contents are available under the CC BY-SA 4.0 license.
View John Moorlach 's image gallery
Image Gallery 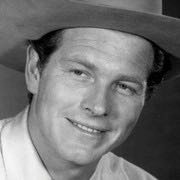 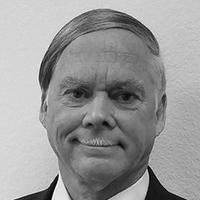