He is the author of a number of books on language and on race relations. His research specializes on how creole languages form, and how language grammars change as the result of sociohistorical phenomena.

McWhorter is a popular writer and has written for Time, The Wall Street Journal, The Atlantic, The Chronicle of Higher Education, The New York Times, The Washington Post, The New Republic, Politico, Forbes, The Chicago Tribune, The New York Daily News, City Journal, The New Yorker, among others.

McWhorter was born on October 6, 1965, in Philadelphia, where he was also raised. His father, John Hamilton McWhorter IV (1927–1996) was a college administrator, and his mother Schelysture Gordon McWhorter (1937–2011) taught social work at Temple University.

He attended Friends Select School in Philadelphia, and after tenth grade was accepted to Simon's Rock College, where he earned an A.A. degree.

After finishing his education, McWhorter became an associate professor of linguistics at Cornell University in 1993. He left Cornell in 1995 to become an associate professor of linguistics at the University of California, Berkeley. He remained in that position until 2003, following which he became a senior fellow at the Manhattan Institute, a conservative think tank.

Since 2008, McWhorter has taught linguistics, American studies, and classes in the core curriculum program at Columbia University, where he is currently an associate professor in the Department of Slavic Languages.

In addition, McWhorter was Contributing Editor at The New Republic from 2001 to 2014. From 2006 to 2008 he was a columnist for the New York Sun and he has written columns regularly for The Root, The New York Daily News, The Daily Beast and Time Ideas.

McWhorter has published a number of books on linguistics and on race relations, of which the better known are Power of Babel: A Natural History of Language, Our Magnificent Bastard Tongue: The Untold History of English, Doing Our Own Thing: The Degradation of Language and Music and Why You Should, Like, Care, and Losing the Race: Self-Sabotage in Black America.

He makes regular public radio and television appearances on related subjects. He is interviewed frequently on National Public Radio and is a frequent contributor on Bloggingheads.tv. He has appeared twice on Penn & Teller: Bullshit! (Penn Jillette and Teller), once in the profanity episode in his capacity as a linguistics professor, and again in the slavery reparations episode for his political views and knowledge of race relations. He has spoken at TED (2013), has appeared on The Colbert Report and Real Time with Bill Maher,and appeared regularly on MSNBC's Up with Chris Hayes.

McWhorter is the author of the courses entitled "The Story of Human Language, "Understanding Linguistics: The Science of Language," "Myths, Lies and Half-Truths About English Usage," and "Language From A to Z" for The Teaching Company. His 2003 Authentically Black has been interview-reviewed on booknotes.org, and he has also been interviewed on CSPAN's Book Notes In Depth series.

Much of McWhorter's academic work has concerned creoles and their relationship to other languages, often focusing on the Surinam creole language Saramaccan. His work has expanded to a general investigation of the effect of second-language acquisition on a language. He argues that languages naturally tend towards complexity and irregularity, and that this tendency is only reversed by adults acquiring the language, of which creole formation is simply an extreme example. As examples, he cites English, Mandarin Chinese, Persian, the modern colloquial varieties of Arabic, Swahili, and Indonesian. He has outlined these ideas in academic format in Language Interrupted and Linguistic Simplicity and Complexity, and for the general public in What Language Is and Our Magnificent Bastard Tongue. Some other linguists suggest that his notions of simplicity and complexity are impressionistic and grounded on comparisons with European languages, and point to exceptions to the correlation he proposes.

McWhorter has also been a proponent of a theory that various languages on the island of Flores underwent transformation due to aggressive migrations from the nearby island of Sulawesi, and has joined scholars who document that English was profoundly influenced by the Celtic languages spoken by peoples encountered by Germanic invaders of Britain. He has also written various pieces for the media arguing that colloquial constructions such as the modern uses of "like" and "totally," and nonstandard speech in general, be considered alternate renditions of English rather than degraded ones.

In January of 2017, McWhorter was one of the speakers in the Linguistic Society of America's inaugural Public Lectures on Language series.

McWhorter characterizes himself as "a cranky liberal Democrat." In support of this description, he states that while he "disagree[s] sustainedly with many of the tenets of the Civil Rights orthodoxy," he also "supports Barack Obama, reviles the War on Drugs, supports gay marriage, never voted for George Bush and writes of Black English as coherent speech". McWhorter additionally notes that the conservative Manhattan Institute, for which he worked, "has always been hospitable to Democrats." McWhorter has criticized left-wing and activist educators in particular, such as Paulo Freire and Jonathan Kozol. He believes that affirmative action should be based on class rather than race. Political theorist Mark Satin identifies McWhorter as a radical centrist thinker.

McWhorter is an atheist.

In a 2001 article, McWhorter claimed that black people's attitudes, rather than white racism, held black people back. According to him, "victimology, separatism, and anti-intellectualism underlie the general black community’s response to all race-related issues," and "it’s time for well-intentioned whites to stop pardoning as 'understandable' the worst of human nature whenever black people exhibit it."

McWhorter appeared on NPR in April 2015 and said that the use of the word "thug" was becoming code for "the N-word" or "black people ruining things" when used by whites in reference to criminal activity. He added that use by President Obama and former Baltimore Mayor Stephanie Rawlings-Blake (for which she later apologized) could not be interpreted in the same way, given that the black community's use of "thug" may positively connote admiration for black self-direction and survival. McWhorter clarified his views in an article in the Washington Post.

McWhorter has debated in favor of the proposition that anti-racism has become as harmful in the United States as racism itself. He has also described anti-racism as a "religious movement" as early as December 2018.

The concept of microaggression has been criticized by McWhorter, as has what he regards as the overly-casual conflation of racial bias with white supremacy. and he has argued that software algorithms, by themselves, cannot be racist since they lack intention as humans do. He has further argued that unless the human engineers behind a technological product intend for it to discriminate against black people, any unintentional bias should be seen as a software bug that needs to be fixed ("an obstacle to achievement") rather than an issue of racism.

McWhorter criticized the bestselling White Fragility following its resurgence in sales during the George Floyd protests beginning in May 2020, arguing that it "openly infantilized Black people" and "simply dehumanized us," and "does not see fit to address why all of this agonizing soul-searching [for residual racism by white people] is necessary to forging change in society. One might ask just how a people can be poised for making change when they have been taught that pretty much anything they say or think is racist and thus antithetical to the good."

The contents of this page are sourced from Wikipedia article on 03 Nov 2020. The contents are available under the CC BY-SA 4.0 license.
View John McWhorter 's image gallery
Image Gallery 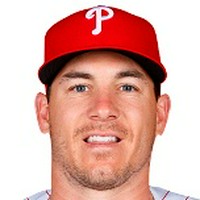 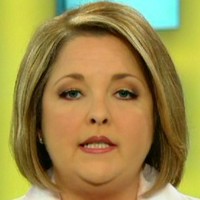 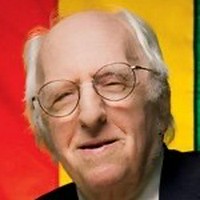 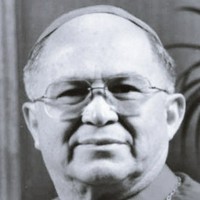 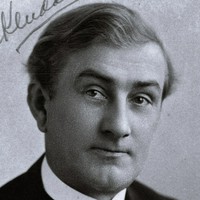 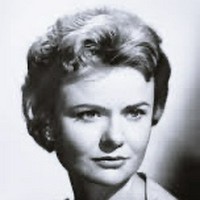 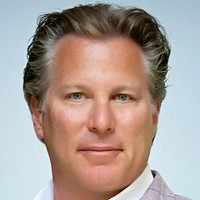 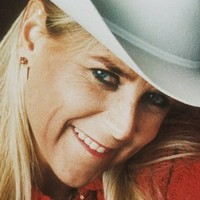