John D. Marshall is an American entrepreneur and inventor. He is the co-founder and former president and CEO of AirWatch, which VMware acquired for $1.54 billion in 2014. He currently serves as Co-Chairman at a software start-up called OneTrust.

In 1996, Marshall was hired as an implementation consultant at Manhattan Associates, a supplier of warehouse logistics and supply chain software with less than 50 employees when he joined. During his tenure with the company, he served in various consulting roles designing and implementing complex supply chain systems. He spent 18 months helping to launch the company's presence in Europe and assisted in the design of multiple software modules relating to transportation, load planning and global logistics. Today, Manhattan Associates has more than 2,500 employees and $492 million in revenue.

John Marshall founded Wandering WiFi in 2003. The company started by setting up hospitality businesses with internet hot spots and Marshall grew the customer base and extended the software to monitor and manage other types of network infrastructure.

In 2006, Alan Dabbiere, founder and former president of Manhattan Associates, joined the business and together they launched AirWatch to accelerate development on managing Windows Mobile devices. After the launch of the iPhone, they pivoted the company to develop software to manage smartphones.

During a press conference with Georgia Governor Nathan Deal on Jan. 25, 2013, Marshall and Dabbiere announced that AirWatch would create 800 additional jobs in Georgia over two years and invest more than $4 million in new equipment. In three years, the company grew from 100 employees to more than 1,500.

In February 2013, AirWatch secured a $200 million Series A funding round, the largest Series A round of any software company in history, from Insight Venture Partners and Accel Partners. AirWatch also stated the company's revenues had grown 40 percent quarter over quarter for the previous eight quarters.

In January 2014, VMware acquired AirWatch for $1.54 billion, the largest acquisition to-date for VMware. During the Q4 2014 earnings call, VMware announced that AirWatch reached $200 million in 2014 bookings, 2,000 employees and more than 15,000 customers as of January 2015, making it the largest enterprise mobility management provider in terms of revenue, customers and employees. Some of the companies using AirWatch include Wal-Mart Stores Inc., The Home Depot Inc., Walgreens, Delta Air Lines, the Department of Justice. As of February 2015, the AirWatch app was ranked as the second top free business application.

As of March 2016 he stepped down as CEO and took up a position as an Advisory Board Member, a position which he held until December of 2016.

After stepping down from his role at VMWare AirWatch John became Co-Chairman alongside long time colleague and former Chairman at AirWatch Alan Dabbiere at OneTrust, a privacy management software platform.

Marshall was named the 2013 Ernst & Young Entrepreneur of the Year and the Association of Telecom Professionals selected Marshall as the 2012 ATP of the year, which recognizes individuals for their contributions to industry and community.

Marshall is a board member on the Georgia Tech Information Security Center (GTISC) Industry Advisory Board.

Marshall was featured on CNBC in 2014 to discuss smartphone applications and the New York Times included his perspective on Samsung in the enterprise in 2013.

John Marshall is listed as an inventor on 11 United States patents or patent applications related to a range of software technologies. Marshall actively designed a significant portion of the AirWatch platform and was responsible for the overall product vision and strategic direction. 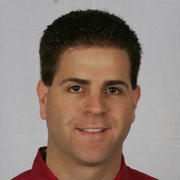 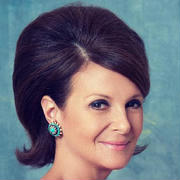