John, Margrave of Brandenburg-Kulmbach
The basics

John was the eldest son of Frederick I, Margrave of Brandenburg (1371–1440), and Elisabeth of Bavaria-Landshut (1383–1442), daughter of Frederick, Duke of Bavaria, and his second wife Maddalena Visconti.

After marrying Barbara of Saxe-Wittenberg (1405–1465), daughter of Rudolf III, Duke of Saxe-Wittenberg, John hoped to eventually succeed to Saxe-Wittenberg once its line of Ascanian dukes died out. When this happened in November 1422, however, Emperor Sigismund was on poorer terms with the Hohenzollerns and was only willing to compensate John with a monetary payment.

John began participating in governmental affairs in Brandenburg in 1424. Frustrated by disputes with the feudal nobility, Frederick I retired to his castle at Cadolzburg in Franconia in 1425, granting the regency of Brandenburg to John at a Landtag in Rathenow on January 13, 1426, while retaining the electoral dignity for himself.

John was poorly received by the populace of Brandenburg, as his administration was incompetent, leading to unrest in the countryside. Rather than governing, John was more interested in artificially creating gold through alchemy, thereby receiving the cognomen "the Alchemist". In 1433, a revised version of the alchemical treatise Buch der heiligen Dreifaltigkeit was prepared for John. Realizing the danger Brandenburg was in, Frederick I granted John Franconian lands in Brandenburg-Kulmbach on June 7, 1437, territory rich with mines that furnished materials for the Alchemist's hobby. The governance of Brandenburg passed to Frederick I's second-oldest son, Frederick II.

After the death of Frederick I in 1440, John inherited all of Brandenburg-Kulmbach, including the castle of Plassenburg in Kulmbach. In his later years, he allowed Christopher of Bavaria to administer his possessions in the Upper Palatinate until Christopher's death in 1448. John ruled as Margrave of Brandenburg-Kulmbach until abdicating in 1457, which allowed him to dedicate himself toward studying alchemy and the environs of Franconia. He died in Castle Scharfeneck near Baiersdorf in 1464.

John of Brandenburg-Kulmbach and Barbara of Saxe-Wittenberg had four children:

The contents of this page are sourced from Wikipedia article on 31 Mar 2020. The contents are available under the CC BY-SA 4.0 license.
View John, Margrave of Brandenburg-Kulmbach 's image gallery
Image Gallery 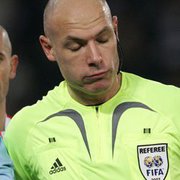