John le Hunt, or Hunter (died after 1351) was an English-born judge who served briefly as Lord Chief Justice of Ireland. He was the ancestor of the prominent Longueville family of Wolverton (which is now part of Milton Keynes).

He was born in Buckinghamshire, son of Nicholas le Hunt of Fenny Stratford. He accompanied the Justiciar of Ireland, Ralph d'Ufford, to Ireland in 1344 and became a justice of the Court of King's Bench (Ireland). The following year he became Lord Chief Justice of Ireland, but served for only a year, and returned to England soon afterwards.

He married Margaret (or Margery) de Wolverton, daughter and co-heiress of Sir John de Wolverton of Wolverton. They had one daughter, Joan, who married John Longueville of Billing, Northamptonshire. John was probably a son or brother of Sir George de Longueville, who was murdered in 1357. The Crown was sufficiently concerned about the killing to set up a judicial commission of inquiry, headed by William de Notton, who was himself to be Lord Chief Justice of Ireland in 1361, but its outcome is unclear.

Le Hunt was still alive in 1351 when, on the death of her brother Ralph, his wife Margaret and her sister Joan jointly inherited the Wolverton estates; these passed to John and Margaret's daughter Joan, and by descent into the Longueville family, who remained at Wolverton until 1712.

After Hunt's death his widow remarried three times: firstly to Roger de Louth, then Richard Imworth, and finally John Howes; but she is not known to have had any further children by her later husbands.

The contents of this page are sourced from Wikipedia article on 30 Jul 2020. The contents are available under the CC BY-SA 4.0 license.
View John le Hunt 's image gallery
Image Gallery 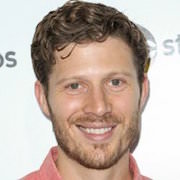