John Nath Kapoor (born 1942/1943) is an American multi-millionaire, pharmaceutical entrepreneur, former CEO of Insys Therapeutics, and majority shareholder in the generic drug manufacturing company Akorn. In the fall of 2017, Kapoor was arrested and charged with numerous felony counts including: RICO conspiracy, conspiracy to commit wire fraud, and other crimes. In June of 2019, he was found guilty on all counts.

John Nath Kapoor was born in Amritsar, India, into a family of modest means. He later moved to Mumbai, where he graduated from the Institute of Chemical Technology (formerly UDCT) with a degree in pharmacy. After moving to the United States he attended the University at Buffalo on a scholarship and obtained a doctorate in medicinal chemistry in 1972.

He began his career in 1972 at Invenex Pharmaceutical on Grand Island, NY.

He worked his way up at LyphoMed, took the company public and oversaw its operations through a scandal involving lax production standards that resulted in several patients' deaths.

He moved from India to Lake Forest, Illinois. He has four children and now lives in Phoenix, Arizona. The John and Editha Kapoor Charitable Foundation, which supports the fight against cancer, was named after his late wife Editha, who died of breast cancer. The University at Buffalo School of Pharmacy and Pharmaceutical Sciences named their building John and Editha Kapoor Hall, after a donation to the school by John, to honor him and his late wife. On June 3, 2019, the University at Buffalo passed a resolution to remove Kapoor's name from the UB Pharmacy School's building in light of Kapoor's RICO conviction.

In October 2017, Kapoor was arrested in Arizona and charged with RICO conspiracy, conspiracy to commit wirefraud, and conspiracy to violate the Anti-Kickback Law. The charges stem from allegations that he participated in a scheme to bribe doctors to prescribe fentanyl, a powerful synthetic opioid manufactured under the brand name Subsys by his company Insys Therapeutics. U.S. Attorney William Weinreb said the charges reflected authorities' commitment to combat the opioid epidemic. Kapoor is also alleged to have conspired to defraud health insurance providers. Shortly after the charges were announced, Kapoor resigned from the Board of Insys Therapeutics.

On May 2, 2019 Kapoor was convicted of engaging in a racketeering conspiracy to increase the profits of his company's opiate painkiller, Subsys. 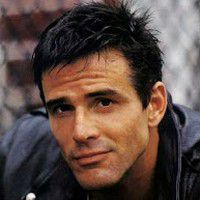