US Department of Defense official

John Jacob Young Jr. (born May 29, 1962 in Newnan, Georgia) was United States Assistant Secretary of the Navy (Research, Development and Acquisitions) from 2001 to 2005 and Under Secretary of Defense for Acquisition, Technology and Logistics from 2007 to 2009. He is the founder and principal of JY Strategies, LLC.

John J. Young Jr. was educated at the Georgia Institute of Technology (bachelor's degree in Aerospace Engineering). Participating in Georgia Tech's cooperative education program, while in university, he worked for Lockheed Martin Aeronautics in Fort Worth, Texas, where his work included engineering work for the F-16 Fighting Falcon and advanced fighter technology. He next worked at the Braddock Dunn & McDonald facility in Huntsville, Alabama, where he provided engineering support for the United States Army's missile defense efforts.

Young then returned to school, attending Stanford University, receiving a master's degree in Aeronautics and Astronautics.

After earning his master's degree, he took a job with Rockwell International's Missile Systems Division in Duluth, Georgia. He joined Sandia National Laboratories in 1988, and his work at Sandia focused on hypersonic weapons, the aerodynamics of maneuverable reentry vehicles, and standoff bombs.

A supporter of missile defense, he (along with Chief of Naval Operations Admiral Vern Clark and Lieutenant General Ronald T. Kadish), oversaw the transfer of the USS Lake Erie (CG-70) to the Missile Defense Agency; the procurement of the RIM-161 Standard Missile 3; and the modification of Arleigh Burke class destroyers to provide sea-based missile defense. Young began the RIM-174 Standard ERAM program and oversaw the addition of the AIM-120 AMRAAM to the Navy's Standard Missile. He also successfully earned Congressional approval for funding for the first Virginia class submarine. Other major initiatives included awarding contracts to begin construction of Zumwalt class destroyers, the P-8 Poseidon, the Lewis and Clark class dry cargo ships, the VH-71 Kestrel, and the Littoral Combat Ships. With his Air Force counterpart, he approved the Joint Tactical Radio System and the Distributed Common Ground System plan.

Upon leaving the post of Assistant Secretary of the Navy (Research, Development and Acquisitions) in 2005, Young became Director of Defense Research and Engineering for the United States Department of Defense. In addition to his duties as DDR&E, he successfully managed a task force that expanded the use of biometric systems to improve the security of U.S. forces and neighborhoods in Iraq. Defense Secretary Robert Gates then asked Young to lead a task for to expedite the production of Mine Resistant Ambush Protected (MRAP) vehicles. Under his leadership, DoD ramped up production to over 1,000 MRAPs per month, delivering over 14,000 MRAPs in roughly 18 months. These vehicles saved the lives of many soldiers from improvised explosive devices (IEDs), becoming one of the hallmarks of Secretary Gates' tenure. In 2007, President Bush nominated Young as Under Secretary of Defense for Acquisition, Technology and Logistics and, after confirmation by the United States Senate on October 4, 2007, Young took up this post in November 2007. As Under Secretary of Defense for Acquisition, Technology and Logistics, Young was responsible for providing United States Secretary of Defense Robert Gates and United States Deputy Secretary of Defense Gordon R. England with advice on all Department of Defense procurements, acquisitions, technological issues, and logistics. Notable work as AT&L included endorsing a remarkable swap of DDG-1000 and DDG-51 shipbuilding contracts between two industry teams and implementing new acquisition practices, management approaches and requirements reviews. He left this post in 2009 and founded JY Strategies, LLC, where he specializes in providing strategic insight to firms on defense programs, the Department of Defense, the Congressional authorization and appropriations process and change management. In addition to his work with JY Strategies, Young was VP of Business Development for E6 Partners, working with former Deputy Secretary of Defense, Gordon England. Young is a Board Member for SRI International.; Saab-Sensis (Outside Board Director/SSA); Tenax Aerospace; HDT Global; Potomac Institute for Policy Studies and Georgia Tech Research Corporation (2010-2015).Young is an Advisory Board member for Cubic Defense Applications. He is a Board of Regents Member and Senior Fellow for the Potomac Institute for Policy Studies.

The contents of this page are sourced from Wikipedia article on 23 Jun 2020. The contents are available under the CC BY-SA 4.0 license.
View John J. Young, Jr. 's image gallery
Image Gallery 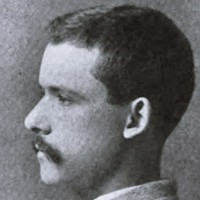 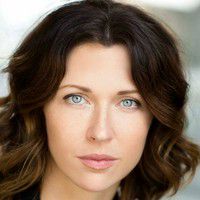 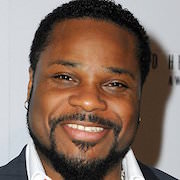 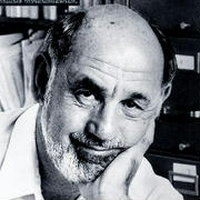