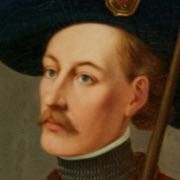 John IV was the only son of the Duke Magnus I of Mecklenburg and his wife Elisabeth of Pommern-Wolgast. Ernst Boll incorrectly refers to him as "John III" in his History of Mecklenburg, Part 1.

On 13 February 1419, John, Albert V of Mecklenburg and the Council of the City of Rostock founded the University of Rostock, the first university in northern Germany and in the entire Baltic region.

He helped his uncle Albert III in the enforcement of the latter's rights as Swedish king. In this case, he probably acted as a leader of the Victual Brothers.

This "Enis" is probably John IV.

John married twice: first to Countess Jutta of Hoya, who died in 1415, and secondly, in 1416, to Catherine, daughter of Duke Eric IV of Saxe-Lauenburg. Catherine's first marriage had been with John VII of Werle, who died in 1414.