He was born on February 28, 1928 in Minneapolis, Minnesota, the son of John H. MacMillan, Jr. and Marion Dickson, and grew up in Wayzata, Minnesota.

He was educated at the Blake School, Berkshire School in Sheffield, Massachusetts, West High School, and the University of Minnesota.

In 1955, MacMillan started working for Cargill as a grain merchant and held positions in Great Falls, Montana, Baton Rouge, Louisiana and Minneapolis.

He died on April 23, 2008 in Fort Lauderdale, Florida, and is buried at Lakewood Cemetery, Minneapolis.

The contents of this page are sourced from Wikipedia article on 06 Aug 2020. The contents are available under the CC BY-SA 4.0 license.
comments so far.
Comments
From our partners
Sponsored
Reference sources
References
https://www.forbes.com/lists/2007/10/07billionaires_John-MacMillan-III_5BF7.html
http://www.legacy.com/obituaries/palmbeachpost/obituary.aspx?n=john-h-macmillan-hugh&pid=108360597
http://wc.rootsweb.ancestry.com/cgi-bin/igm.cgi?op=GET&db=rlc328&id=I33304
http://www.businessweek.com/ap/2013-12-10/lawsuit-alleges-scheme-to-benefit-from-trust-fund 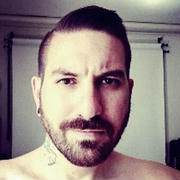