Dr. John H. Munro is the senior pastor of Calvary Church in Charlotte, North Carolina. He is an author, speaker and radio commentator.

John Hay Munro was born on 10 January 1948 to Thomas and Ruth Munro in the town of Rosyth, Scotland. Thomas was a civil servant and Ruth was a homemaker for their six sons. John became a Christian while attending a youth evangelical camp in 1960. His wife Gudny is from the Faroe Islands, and they met while she was visiting Scotland on a mission trip.

Munro first earned his Bachelor of Laws degree from the University of Edinburgh. Upon graduation, Munro became a criminal prosecutor in Edinburgh for several years until joining a private law firm where he specialised in litigation.

Munro was the pastor of South Hills Bible Chapel in Pittsburgh, Pennsylvania from 1985 to 1992. During that time, he was a pastor to the professional American football players Craig Wolfley, Mike Webster and Tunch Ilkin. Munro next spent 4 years in Nova Scotia as pastor of Grace Chapel, and then 10 years as the senior pastor of Calvary Bible Church in Kalamazoo, Michigan. In 2006, Munro was named the senior pastor of Calvary Church in Charlotte, North Carolina, where he continues to serve.

In addition to his pastoral duties, Munro currently hosts a daily ministry program on WHVN in Charlotte and WCGC in Gastonia, North Carolina. Munro also is a regular columnist for Decision Magazine and a monthly columnist for the South Charlotte Weekly. Munro is a regular speaker at the Billy Graham Evangelistic Association's 'The Cove' and is an invited speaker at Southern Evangelical Seminary's 2016 Apologetics Conference.

Scottish naturalist and traveller in africa 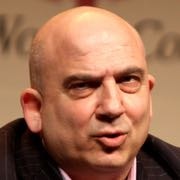