John Hanlon is an American record producer and recording engineer.

His relationship with Neil Young started in 1983, when he and David Briggs, Young's longtime producer, were working on Trans remixes. Hanlon joined Briggs again in 1990, engineering and mixing Neil Young and Crazy Horse's album Ragged Glory. He has been working with Young ever since.

In an October 2012 interview with Mix magazine, John Hanlon described his recording style:

"To me, some of the greatest records are the ones done with the fewest amount of microphones. The sound I like is orchestral. A classical engineer reading this might cringe, but I approach Neil Young and Crazy Horse orchestrally."

The contents of this page are sourced from Wikipedia article on 01 Aug 2020. The contents are available under the CC BY-SA 4.0 license.
View John Hanlon 's image gallery
Image Gallery 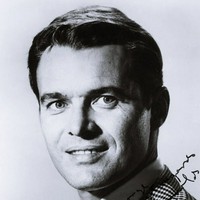