John Hamburg (born May 26, 1970) is an American screenwriter, film director and producer.

Hamburg was born in Manhattan, the son of New York City radio personality Joan Hamburg and Morton I. Hamburg. His family is Jewish. He graduated from Brown University in 1992 with a degree in history. He then attended the Tisch School of the Arts at New York University.

After screening his 1996 short film Tick at the Sundance Film Festival, Hamburg wrote and directed the 1998 film Safe Men. Hamburg then found greater success co-writing Meet the Parents and Zoolander, and returned to the director's chair with Along Came Polly, which he also wrote. He also co-wrote the sequel Meet the Fockers. In 2009, Hamburg wrote and directed the hit comedy I Love You, Man. He wrote the second sequel to Meet the Parents, entitled Little Fockers.

In 2016, Hamburg co-wrote the sequel Zoolander 2, which grossed $56 million at the box office compared to a $50 million budget, and directed and co-wrote the comedy Why Him? for 20th Century Fox. 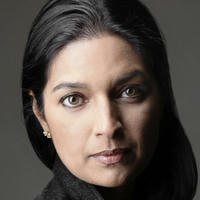