John Ross "Dok" Hager (June 29, 1858 – June 14, 1932) was an American cartoonist for the Seattle Daily Times, creator of a daily comic accompanying the weather report, and the comic strip Dok's Dippy Duck. Hager's nickname stems from his time as a dentist in Terre Haute, Indiana before he moved to Seattle, Washington in 1889 and began working for the Seattle Times. Hager retired in 1925 due to blindness.

In Seattle he was known as a weatherman and for his commentaries (using a cartoon of the Umbrella Man and of a talking duck).

He was the son of Jacob H. Hager and Carrie Ross of Terre Haute, Indiana. Before moving to Indiana, his family had lived in Hagerstown, Maryland. He married Anna Hyde, who gave him four children. Two of his children were alive when he died.

After he attended school in Europe (his obituary says Germany, but his passport application said Zurich, Switzerland), he set up as a dentist in Terre Haute. He moved to Seattle in 1889, where he continued as a dentist. in 1909 he began cartooning full-time with the Seattle Daily Times and gave up his practice.

His son, George Hager was also an artist in Seattle, working as an illustrator for the town's rival newspaper, The Seattle Post-Intelligencer. He also edited children's page for the Christian Science Monitor George Hager studied art at the University of Washington and the Arts Student League in New York, where another Seattle cartoonist, William Charles McNulty taught. Both Hagers participated in the Seattle Cartoonists' Club, contributing caricatures of the famous men of Seattle for the club's book, The Cartoon; A Reference Book of Seattle's Successful Men.

Umbrella Man and the Kid

Beginning November 1, 1909, Dok created a daily cartoon to accompany The Weather, which featured a character who came to be known as the Umbrella Man, or "Sport". In the newspaper on May 3, 1913, the weather comic was called The Umbrella Man, in a front–page box naming the paper's features. Later on, as Dok began to do more cartooning, he gave Sport a sidekick, named the Kid.

The Kid was a talking duck. He was not part of the Dippy Duck or The Waddles cartoon strips, but was the sidekick to the Umbrella Man. He became a regular feature on the front page of The Seattle Times. Like the Umbrella Man, the Kid sometimes sported an umbrella hat. The two wandered the streets of Seattle in the comic, dispensing wit and wisdom along with weather forecasts.

DOK's comic strip, Dok's Dippy Duck started out as a daily comic strip without a name, May 31, 1912. In the early strip, the unnamed duck stood around on the street corner picking fights with whomever passed by. Doc's duck became a traveler during World War I and the cartoons show him interacting with both sides of the conflict. The duck in this cartoon is also known as The Kid.

On February 10, 1915, the strip was named Dok's Dippy Duck with no change in what was happening in the plot; the February 10 strip addressed what had happened in the previous day's strip. One change that did happen was to make the comic vertical and larger, with fewer frames; it had only four frames, where earlier strips had as many as seven.

This cartoon has been characterized by a comic historian as one of the pioneers of humanized animal comic strips.

Waddles was a duck drawn by George Hager for the Christian Science Monitor in the cartoon strip The Adventures of the Waddles. According to the Seattle Daily Times, Waddles was a continuation of his father's duck, associated with the weather man. Dok had to discontinue his illustrating when his eyes went, and his children ran the Waddles comic strip. Dok's daughter, Mrs. George Dearborn wrote the rhyming lines to go with the cartoon, while son George Hager did the illustration.

The contents of this page are sourced from Wikipedia article on 23 Jun 2020. The contents are available under the CC BY-SA 4.0 license.
View John Hager 's image gallery
Image Gallery 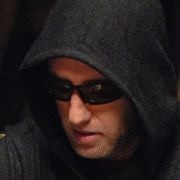