Born in Warragul, Victoria, Australia, Guy moved to Britain with his parents in 1952. He was educated at King Edward VII School in Lytham, and Clare College, Cambridge, where he read history, achieving a First. At Cambridge, Guy studied under the Tudor specialist Geoffrey Rudolph Elton. He was awarded a Greene Cup by Clare College and the Yorke Prize by the University of Cambridge.

During his academic career, Guy has held posts at St Andrews University (where he is Honorary Professor and was sometime Vice-Principal for Research), Bristol University, UC Berkeley, Rochester and Johns Hopkins. Guy currently teaches at Cambridge University, as a fellow of Clare College, where he teaches part-time so he can devote more time to his writing and broadcasting career.

Guy specializes in the history of Tudor England and has written extensively on the subject. His books have been critically acclaimed, with My Heart is My Own: the Life of Mary Queen of Scots, being awarded the 2004 Whitbread Biography Award.

He is the author of A Daughter's Love: Thomas More and his daughter Meg, 2009, and Elizabeth: the forgotten years, 2016.

Guy's style is one of re-assessment and evaluation; his works often involve him re-telling and re-evaluating history from a novel viewpoint.

He is married to author Julia Fox, a former history teacher, who wrote Jane Boleyn: The Infamous Lady Rochford.

The contents of this page are sourced from Wikipedia article on 31 May 2020. The contents are available under the CC BY-SA 4.0 license.
View John Guy 's image gallery
Image Gallery 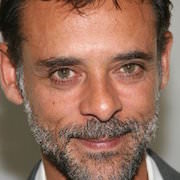