John Deely (April 26, 1942 – January 7, 2017) was an American philosopher and semiotician. He was a professor of philosophy at Saint Vincent College and Seminary in Latrobe, Pennsylvania. Prior to this, he held the Rudman Chair of Graduate Philosophy at the Center for Thomistic Studies, located at the University of St. Thomas (Houston).

His main research concerned the role of semiosis (the action of signs) in mediating objects and things. He specifically investigated the manner in which experience itself is a dynamic structure (or web) woven of triadic relations (signs in the strict sense) whose elements or terms (representamens, significates and interpretants) interchange positions and roles over time in the spiral of semiosis. He was 2006–2007 Executive Director of the Semiotic Society of America.

A number of his works have been published in the journal Advances in Semiotics, including one of his most popular publications, Introducing Semiotics: Its History and Doctrine (1982), as well as Frontiers in Semiotics (1986), edited by Brooke Williams and Felicia Kruse.

Deely was educated at the Pontifical Faculty of Philosophy of the Aquinas Institute of Theology in River Forest, Illinois, where he received a Ph.D. in 1967.

John Deely first became aware of semiotics as a distinct subject matter during the course of his work on language at the Institute for Philosophical Research in Chicago as a senior research fellow under the direction of Mortimer J. Adler, through reading Jacques Maritain and John Poinsot, which led to his original contact with Thomas Sebeok in 1968 with a proposal to prepare a critical edition of Poinsot's Tractatus de Signis (1632) as the earliest full systematization of an inquiry into the being proper to signs. This proposal turned out to require 15 years to complete. Deely and Sebeok became close associates, notably in the 1975 founding of the Semiotic Society of America, in which project Sebeok had Deely function as secretary of the committee drafting the constitution.

In 1980, Sebeok asked Deely to take charge of the development of the SSA annual proceedings volumes, to which end Deely developed the distinctive SSA Style Sheet, which takes as its principle foundation the fact that no one writes after they die, as a consequence of which primary source dates should always come from the lifetime of the cited source—the principle of historical layering—because it reveals the layers of discourse just as the layers of rocks reveal the history of the Earth to a trained geologist.

the 'missing link' between the ancients and the moderns in the history of semiotic, a pivot as well as a divide between two huge intellective landscapes the ecology of neither of which could be fully appreciated prior to this major publishing event.

In 1990, Deely published a work titled Basics of Semiotics, which Sebeok called "the only successful modern English introduction to semiotics." Sebeok himself, beginning in 1963, had effectively argued that the then prevailing name for the study of signs—semiology—in fact concealed a fallacy of mistaking a part for a larger whole (the "pars pro toto" fallacy). Like Locke, Peirce, and Jakobson, Sebeok considered that 'semiotics' was the proper name for a whole in which 'semiology' focuses only on the anthropocentric part, and that the action of signs extends well beyond the realm of culture to include the whole realm of living things, a view summarized today in the term biosemiotics.

Deely, however, notably in Basics of Semiotics, laid down the argument that the action of signs extends even further than life, and that semiosis as an influence of the future played a role in the shaping of the physical universe prior to the advent of life, a role for which Deely coined the term physiosemiosis. Thus the argument whether the manner in which the action of signs permeates the universe includes the nonliving as well as the living stands, as it were, as determining the "final frontier" of semiotics. Deely's argument, which he first expressed at the 1989 Charles Sanders Peirce Sesquicentennial International Congress at Harvard University, if successful, would render nugatory Peirce's "sop to Cerberus." Deely's Basics of Semiotics, of which six expanded editions have been published across nine languages, deals with semiotics in this expansive sense.

In Medieval Philosophy Redefined (2010), Deely employed Peirce's notion of semiotics as a cenoscopic science to show how the Latin Age, from St. Augustine to John Poinsot, marked the first florescence of semiotic consciousness—only to be eclipsed in philosophy by the modern "subjective turn" to 'epistemology' (and later the "linguistic turn" to 'analytic philosophy'), which Sebeok called the "cryptosemiotic" period. The full return to semiotic consciousness, Deely argued, was launched by the work of Charles S. Peirce, beginning most notably with his New List of Categories.

In his other work of 2010, Semiotics Seen Synchronically, Deely described semiotics (in contrast with semiology) as a contemporary phenomenon of intellectual culture consolidated largely through the organizational, editorial, and literary work of Thomas Sebeok himself.

The contents of this page are sourced from Wikipedia article on 08 Mar 2021. The contents are available under the CC BY-SA 4.0 license.
View John Deely 's image gallery
Image Gallery 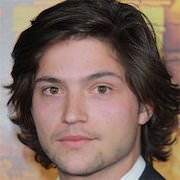 Actor, musician, and artist from America