John Gustav Daugman OBE FREng is a British-American professor of computer vision and pattern recognition at the University of Cambridge. His major research contributions have been in computational neuroscience (wavelet models of mammalian vision), pattern recognition, and in computer vision with the original development of wavelet methods for image encoding and analysis. He invented the IrisCode, a 2D Gabor wavelet-based iris recognition algorithm that is the basis of all publicly deployed automatic iris recognition systems and which has registered more than a billion persons worldwide in government ID programs.

The son of émigrés Josef Petros Daugmanis from Latvia and Runa Inge Olsson from Sweden, John Daugman was educated in America, receiving an A.B. degree and a Ph.D. degree (1983) from Harvard University.

Following his PhD, Daugman held a post-doctoral fellowship, then taught at Harvard for five years. After short appointments in Germany and Japan, he joined the University of Cambridge in England to research and to teach computer vision, neural computing, information theory, and pattern recognition. He held the Johann Bernoulli Chair of Mathematics and Informatics at the University of Groningen in the Netherlands, and the Toshiba Endowed Chair at the Tokyo Institute of Technology in Japan before becoming Professor at Cambridge.

Daugman filed for a patent for his iris recognition algorithm in 1991 while working at the University of Cambridge. The algorithm was first commercialized in the late 1990s. His algorithm automatically recognizes persons in real-time by encoding the random patterns visible in the iris of the eye from some distance, and applying a powerful test of statistical independence. As of 2015, it was used in many identification applications such as the Unique IDentification Authority of India (UIDAI) for registering all 1.2 billion citizens of India for government services and entitlements, border crossing controls in United Arab Emirates and passport-free immigration in the UK, the Netherlands, United States, Canada, and other countries.

Daugman's algorithm uses a 2D Gabor wavelet transform to extract the phase structure of the iris. This is encoded into a very compact bit stream, the IrisCode, that is stored in a database for identification at search speeds of millions of iris patterns per second per single CPU core.

Daugman has received several awards, including: 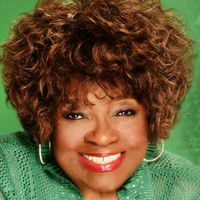 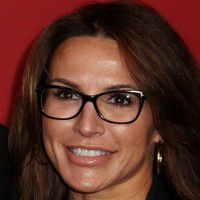