Cusack was born in 1966 in Evanston, Illinois. He was born into an Irish Catholic family, the son of writer-actor-producer and documentary filmmaker Richard J. Cusack, originally from New York City and Ann Paula "Nancy" (née Carolan) Cusack, originally from Massachusetts, a former mathematics teacher and political activist. His father, Richard Cusack (1925–2003), was an actor, along with John's siblings Ann and Joan and a documentary film maker. Cusack has two additional siblings Bill and Susie. They had moved from Manhattan, New York, to Illinois. and was a friend of activist Philip Berrigan. Cusack graduated from Evanston Township High School in 1984, where he met Jeremy Piven, and spent a year at New York University before dropping out, saying that he had "too much fire in his belly".

Cusack began acting in films in the early 1980s. He made his breakout role in Rob Reiner's The Sure Thing (1985). He also starred in Cameron Crowe's directorial debut film, Say Anything... (1989). Cusack played a con artist in Stephen Frears' 1990 neo-noir film The Grifters. After establishing New Crime Productions, Cusack co-wrote the screenplay for and starred in George Armitage's crime film Grosse Pointe Blank (1997), in which he played an assassin who goes to his 10-year high school reunion to win back his high school sweetheart.

In Spike Jonze's fantasy film Being John Malkovich (1999), Cusack played a puppeteer who finds a portal leading into the mind of the eponymous actor, John Malkovich. The film was nominated for three Academy Awards, including Best Director (Jonze), Best Original Screenplay (Charlie Kaufman) and Best Supporting Actress (Catherine Keener). Cusack was nominated for a Golden Globe Award for Best Actor – Motion Picture Musical or Comedy for his performance in High Fidelity (2000), based on Nick Hornby's novel. In Roland Emmerich's disaster film 2012 (2009), he played a struggling novelist who attempts to survive the apocalypse and save mankind. Cusack played Edgar Allan Poe in James McTeigue's biopic film The Raven (2012) and starred in David Cronenberg's Maps to the Stars (2014).

In 2014, Cusack criticized Hollywood saying the mega-corporations have stepped in with 50-producer movies, franchises being king, and stars being used as leverage. He called Hollywood, "a whorehouse and people go mad."

Between 2005 and 2009, Cusack wrote blogs for The Huffington Post, which included an interview with Naomi Klein. He voiced his opposition to the war in Iraq and the Bush administration, calling the Bush administration's worldview "depressing, corrupt, unlawful, and tragically absurd". He also appeared in a June 2008 MoveOn.org advertisement, where he made the claim that George W. Bush and John McCain have the same governing priorities.

Cusack criticized the Obama administration for its drone policy in the Middle East and its support of the National Defense Authorization Act, and became one of the initial supporters of the Freedom of the Press Foundation in 2012. In June 2015, he stated in an interview with The Daily Beast that "when you talk about drones, the American Empire, the NSA, civil liberties, attacks on journalism and whistleblowers, (Obama) is as bad or worse than Bush". However, he later scolded the publication for misquoting him in order to make an interesting headline.

In 2015, Cusack, Daniel Ellsberg and Arundhati Roy met Edward Snowden, a fugitive from the US because of his leaks of classified information, at a Moscow hotel room. This meeting was converted into a book co-authored with Roy titled Things That Can and Cannot Be Said. The book is mainly a transcript of the conversation between Snowden, Roy, and Cusack, with a selection of relevant photos and illustrations as well as a detailed list of references.

Cusack endorsed Senator Bernie Sanders in his 2016 and 2020 presidential bids. He is a member of the Democratic Socialists of America.

He is anti war, having tweeted, “Being anti-war — is pro-troops — pro-human”.

During the 2014 Israel Gaza conflict, Cusack supported the Palestinians on social media. He tweeted from the region a number of pro-Gaza articles. One tweet read, "Bombing people who can't escape not [sic] defense - does not mean one supports Hamas means to be against murder as solution to political problem".

In 2018, after Lorde cancelled performances in Israel after a request from the BDS movement, Cusack was among more than a hundred writers, actors, director, and musicians who signed a letter defending Lorde's freedom of conscience.

Cusack trained in kickboxing under former world kickboxing champion Benny Urquidez for over two decades. He began training under Urquidez in preparation for his role in Say Anything... and holds the rank of a level six black belt in Urquidez's Ukidokan Kickboxing system.

In March 2008, police arrested Emily Leatherman outside Cusack's Malibu, California home for stalking him. On October 10, 2008, Leatherman pleaded no contest and received five years' probation and mandatory psychiatric counseling, and was ordered to stay away from Cusack, his home, and business for the next ten years.

When asked in 2009 why he had never married, he answered, "society doesn't tell me what to do."

In June 2019, Cusack was criticized for an antisemitic tweet featuring an image of a large fist with of a blue Star of David crushing a small crowd of people next to a quote misattributed to Voltaire: "To learn who rules over you, simply find out who you are not allowed to criticize". The quote is in reality a comment by the white supremacist and neo-Nazi Kevin Alfred Strom. In the tweet, Cusack added the words "Follow the money". He later blamed it on a "bot", then defended it, then apologized and deleted the tweet.

The contents of this page are sourced from Wikipedia article on 03 Apr 2020. The contents are available under the CC BY-SA 4.0 license.
View John Cusack 's image gallery
Image Gallery 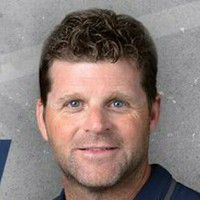 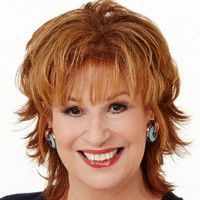 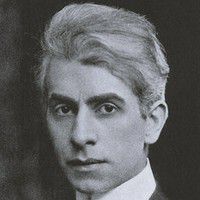