John Clarence Drinkle (born 1878 in Waverley, Ontario) was one of Saskatoon’s foremost boomtown entrepreneurs. He arrived in 1903 at age 25 with less than $500 and quickly made himself possibly the richest man in town.

John Clarence Drinkle was born in Waverly, Ontario in 1878 where he received his early business training as a retail clerk. He moved to Winnipeg in 1898, where a disastrous business venture early in his career drained his capital and left him in debt. From 1901 to 1903 he worked as a salesman for Salada Tea Company to pay off his debts. At age 25 he teamed up with F.E. Kerr, a business school friend, and with a combined total capital of $500 they set off for Saskatoon, Saskatchewan to set up a real estate office.

During Saskatoon’s first boom period everyone was speculating in real estate. The relatively poor were often made wealthy in a very short time - Drinkle may have been the most extreme example. He arrived in 1903 at age 25 with less than $500, when Saskatoon was a dirt street town of barely 500 people. Only ten years later it had a population of 28,000 and was described as “the fastest growing city in the world”. By then Drinkle was a multi-millionaire and probably the richest man in town.

Drinkle was married twice during his early Saskatoon years, then was married again in the 1940s. He is said to have spent so much time on business that he had limited time for family. One marriage reportedly ended with his wife returning home to New York after having had an affair with Drinkle’s chauffeur. Beginning in 1911 Drinkle and his wife, Jane Godden, lived primarily in London, England where they had four children. They travelled extensively, steaming around the world three times, and were reported to have lived in a very high style. It was during this time that Drinkle began selling many of his Saskatoon properties, including his mansion on Avenue A in 1912.

Drinkle loved technology and was one of Saskatoon’s most innovative early leaders. He installed Saskatoon’s first automatic telephone system in 1907, one of the first on the continent. He started Saskatoon’s first modern steam laundry, and oversaw the “largest and finest furniture store West of Winnipeg”. Drinkle has been credited with bringing the first car to Saskatoon, which he used to show real estate to prospective clients. He built the “first substantial business block fit for a large metropolis”, complete with the first elevator, and built for himself a modern house described as “one of the most beautiful homes in the entire province”. His company was one of the first to buy vast tracts of land on speculation for resale to farmers, and this was the early base of his fortune.

Drinkle startled the community in 1906 when he commenced the erection of the first large brick office building in town. Saskatoon’s architecture at the time was humble, but Drinkle’s design was worthy of a large metropolis. It was designed by W.W. LaChance, Saskatoon’s first resident architect.

The building was completed in 1909, and was located on the Southwest corner of 2nd Avenue and 21st Street, which was the former site of his Great West Furniture Store. The four-storey concrete and brick structure had Saskatoon’s first lift elevator. It was called the "mercantile mansion" and the "grandest building West of Winnipeg:. Drinkle moved his furniture store into the building as its first tenant, occupying 40,000 square feet (3,700 m2). The top floor was used as the first home for the University of Saskatchewan for two years, before the campus was built. Students boasted that theirs was the only university in Canada with a lift elevator.

Drinkle No. 1 was consumed by fire on January 24, 1925. It housed MacMillan Department Store at the time. The janitor, Thomas Simmons, nearly lost his life making a heroic effort to rescue his wife who perished in the blaze. He was rescued by fire chief John Faithfull after falling unconscious from the fumes. Two days later the last flames were extinguished, but the search for his wife’s body could not be resumed until the remaining walls were knocked down.

Completed in July, 1913, at the end of the boom period, Drinkle No. 2 was designed by Robert S. Byers and constructed by Frid-Lewis Contractors at a reported cost of $60,000. Over the years it housed many street level stores including: Colliers Music, Brown’s Delicatessen, Sherwin Williams, Meedwill Radio, National Cash Register, and The Crown and Anchor bar. Drinkle No. 2 caught fire on the night of May 19, 1986. When the fire department arrived flames were already coming through the roof and windows. Unable to get inside, the firefighters were limited to using equipment to prevent the fire from spreading to either the Saskatoon Credit Union or the Ross Block next to it to the south. No one was injured in the fire, but the businesses that occupied it lost their stock and were forced to relocate.

Drinkle No. 3 building at night.

Known as Regent Plaza since 1976, Drinkle No. 3 was Drinkle’s most ambitious project. When the boom was in full stride, all eyes were on 3rd Avenue. The street was described as the site of "probably the greatest development ever seen at one time on any street in Canada". The city founders envisioned 3rd Avenue as Saskatoon’s greatest metropolitan street. Drinkle envisioned this building, then named Drinkle No. 3, as his greatest achievement and the tallest, finest building in the city. Ultimately, both visions were only half fulfilled. It was designed as a fireproof five story steel-reinforced concrete and brick office building, complete with high speed elevators and marble corridors trimmed with quarter-cut oak. In 1913, after five floors had been built, Drinkle announced his intention to add an additional five floors, making it the tallest building in Saskatoon. Its architects intended the façade of the top two floors to be treated with decorative terra cotta to draw one’s eye to the grand cornice. Drinkle planned a rooftop garden similar to one he had admired in a Vancouver building. The projected cost of the ten story structure was $450,000. The construction of the additional five floors was delayed in the winter of 1913, reportedly due to a shortage of steel. The onset of "the bust" eventually put a stop to construction and the remaining five floors, cornice, decorative terra cotta, and the marble lined corridors were never built. The building was never used for offices and was converted to residential use in 1919.

In 1923 Drinkle 3 was expanded to approximately 100 suites, and then was remodeled in the 1980s to have 60. Commercial tenants through the years have included Buckwold’s, General Motors, Firestone, Gassy Jax, The Gazebo, Custom Stereo, Macho, The Partnership, Lucci’s, Sardi’s, Muffin Break, Lee’s Vietnamese, Tarragon, and The Publican. In 1977 the building nearly burned when a fire at Gassy Jax caused $400,000 damage, killing palms and canaries housed in the store.

Drinkle continued at least two entrepreneurial endeavors in Saskatoon in the years after the bust, but neither were successful. Perhaps his temperament was ill-suited for the post-war business and political climate, which was so different from the exuberance of the boom years. Although Drinkle lost his Saskatoon assets to receivership, he seems to have preserved some of his wealth, possibly due to his having liquidated many of his properties starting two years before the bust. He is reported to have lived in an extravagant lifestyle in London for ten years after the bust. It is unclear what his activities in London were during that time, but in 1920 he and his family returned to Saskatoon broke and ready to start over. He took over the Saskatoon Pure Milk Company, with the support of his brother William, and adapted its operation to conform with new pasteurization regulations. However, this business went into receivership in 1926, and led to a falling out with his brother. It appears that Drinkle left Saskatoon not long after and did not return until about 1939 when he established the Drinkle Canning and Preserving Company at 215 22nd St W, near the site of his original laundry. This company operated in relative obscurity until the early 1940s when he married his third wife, Loretta Rose, and moved to Ottawa. With the help of his wife, he managed to secure a military contract to provide marmalade to Canadian forces during WWII. He was unable to source ingredients during wartime and reportedly had to adapt by making marmalade from cabbage. He was still making commercial jams, from the basement of his home in Ottawa, when he died at age 73.

Drinkle died in his home in 1951 and his remains were interred at Waverly Ontario, his childhood home. His body arrived there by train, unbeknownst to his remaining distant relatives, who were required to pay the freight before collecting the remains. Today a large monument marks his grave. 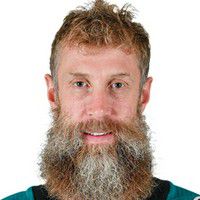