John Simpson Chisum (August 16, 1824 – December 22, 1884) was a wealthy cattle baron in the American West in the mid-to-late 19th century. He was born in Hardeman County, Tennessee, and moved with his family to the Republic of Texas in 1837, later finding work as a building contractor. He also served as county clerk in Lamar County. He was of Scottish, English, and Welsh descent.

In 1854, Chisum became engaged in the cattle business and became one of the first to send his herds to New Mexico Territory. He obtained land along the Pecos River by right of occupancy and eventually became the owner of a large ranch in the Bosque Grande, about forty miles south of Fort Sumner, with over 100,000 head of cattle. In 1866-67, Chisum formed a partnership with cattlemen Charles Goodnight and Oliver Loving to assemble and drive herds of cattle for sale to the United States Army in Fort Sumner and Santa Fe, New Mexico, to provide cattle to miners in Colorado as well as provide cattle to the Bell Ranch.

A gambler, Chisum frequently played poker with John Horton Slaughter, a lawman in Texas and later the Arizona Territory.

Chisum was a business associate of Alexander McSween, an influential figure in the Lincoln County War. When Lew Wallace took office as the appointed Territorial Governor of New Mexico on October 1, 1878, he proclaimed an amnesty for all those involved in the bitter feud. When Billy the Kid surrendered to the authorities, he was told he would be charged with the death of Sheriff William J. Brady, violating the amnesty.

Billy the Kid escaped from custody and went to see Chisum to collect a $500 debt. Chisum refused payment, claiming that he instead had given the Kid horses, supplies, and protection over the years. The Kid promised to steal $500 worth of cattle from Chisum to make up this sum. The Kid's gang also stole from other cattlemen and became a serious problem in Lincoln County. Ultimately, Chisum, Pecos Valley rancher Joseph C. Lea, and James Dolan sought somebody capable of hunting down the Kid and either arresting or killing him. In 1880, they persuaded Pat Garrett, a former buffalo hunter and cowboy, reformed part-time rustler, small rancher, and Billy the Kid’s one-time friend, to run for the office of Lincoln County sheriff. His specific task, if elected, was to apprehend Billy’s gang, consisting of Dave Rudabaugh, Billy Wilson, Tom O'Folliard, and Charlie Bowdre.

In December 1880, Garrett shot O'Folliard and Bowdre dead. Billy the Kid, Rudabaugh, and Wilson were later captured or killed by Garrett.

Chisum died in Eureka Springs, Arkansas, on December 23, 1884, aged 60, due to complications from surgery to remove a growth from his jaw. He was unmarried and left his estate worth $500,000 to his brothers Pitzer and James. Chisum had an extended family living with him at the South Springs ranch in Roswell, and this family, along with hired help, often numbered two dozen at the main ranch headquarters. Chisum's niece Sallie Lucy Chisum, daughter of his brother James, became a beloved figure in the area, where she lived until 1934. Sallie kept a diary or journal that has historical importance because of its references to Billy the Kid and Pat Garrett, both of whom she knew. She and John Chisum are honored by statues to their memory in Artesia and Roswell, New Mexico. In 1958, he was inducted into the Hall of Great Westerners of the National Cowboy & Western Heritage Museum. John Chisum fathered 2 daughters with his slave mistress Jensie. When Chisum moved west, he took Jensie and their two daughters to Bonham, Texas; bought them a house and left money to care for the girls. His eldest daughter Almeada “Meady” Chisum went on to marry Bob Jones, prominent rancher of Southlake, Texas.

Chisum's story has been portrayed on film by John Wayne in Chisum (1970) and James Coburn in Young Guns II (1990).

As a supporting character, Chisum has been portrayed in several television shows and movies, including 1953's San Antone (played by Roy Roberts); the 1960 episode of Bronco titled "Death of an Outlaw" (played by Harry Swoger); 1973's Pat Garrett & Billy the Kid (played by Barry Sullivan); and the 2011 UK film Birth of a Legend: Billy the Kid & The Lincoln County War (played by David Morley).

Michael Constantine was cast as the historical John Chisum in the 1965 episode "Paid in Full" of the syndicated television anthology series Death Valley Days hosted by Ronald Reagan. Keith Andes portrayed Rob Hunter, a former Confederate colonel who visits Kathy McLennan (Aneta Corsaut), the wife of a soldier who had been killed while serving under Hunter in the American Civil War. He discovers that McLennan and her neighboring ranchers have been defrauded by Chisum, who issued legally unclaimable IOUs when he purchased their stock. Hunter works to recover the money owed to the ranchers.

Tyler McVey was cast as Chisum in an earlier 1956 Death Valley Days episode, "Pat Garrett's Side of It", with Alex Sharp (1921-2008) as Garrett and Joel Collins as Billy the Kid.

John Chisum's life from 1837, and his fabled relationship with a slave, are the subject of a semi-biographical 2019 novel by Russ Brown titled Miss Chisum.

The contents of this page are sourced from Wikipedia article on 30 Nov 2021. The contents are available under the CC BY-SA 4.0 license.
View John Chisum 's image gallery
Image Gallery 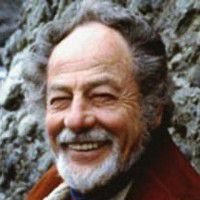