John C. F. Slayton (June 27, 1856 – January 4, 1922) was an American produce dealer and politician who served as a member of the Melrose, Massachusetts Board of Aldermen, and on the Massachusetts Executive Council.

Slayton was born in Calais, Vermont in 1856. His family moved to Morrisville, Vermont, when he was 7 years old. Slayton was educated in the public schools there, graduating from Morrisville High School. After he graduated from high school, Slayton worked for his father. When he was 35, Slayton moved to Boston.

When he was 35, Slayton moved to Boston and went to work in a produce company. Slayton worked for the firm A. & O. W. Mead. Later on in 1887 Slayton established the firm of Slayton & Boynton, Commission agents in Boston's Haymarket Square.

The contents of this page are sourced from Wikipedia article on 28 Jul 2020. The contents are available under the CC BY-SA 4.0 license.
View John C. F. Slayton 's image gallery
Image Gallery 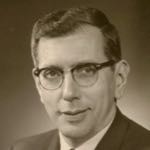