John Brown (born 1838, date of death unknown) was a United States Navy sailor and a recipient of the United States military's highest decoration, the Medal of Honor.

A native of Denmark, Brown immigrated to the U.S. and joined the Navy from Maryland. By May 10, 1866, he was serving as captain of the afterguard on the USS De Soto. On that day, while the De Soto was off the coast of Eastport, Maine, he and two shipmates rescued two sailors from the USS Winooski from drowning. For this action, he and his shipmates, Seaman Richard Bates and Seaman Thomas Burke, were awarded the Medal of Honor three months later, on August 1.

For heroic conduct with 2 comrades, in rescuing from drowning James Rose and John Russell, seamen, of the U.S.S. Winooski, off Eastport, Maine, 10 May 1866.

The contents of this page are sourced from Wikipedia article on 31 May 2020. The contents are available under the CC BY-SA 4.0 license.
comments so far.
Comments
From our partners
Sponsored
Reference sources
References
http://www.history.army.mil/html/moh/interawrds.html
https://books.google.com/books?id=153sdIkqIOoC&pg=PA14
https://www.findagrave.com/memorial/19136414
https://valor.militarytimes.com/hero/1706
Trending today in 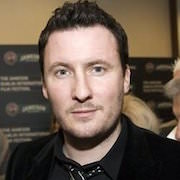