Beresford was the second son of William Horsley-Beresford, 3rd Baron Decies, by Catherine Anne Dent, daughter of Commander William Dent. He was educated at Eton before joining the army in 1887.

Beresford joined the 7th Hussars as a Second lieutenant in February 1887, was promoted to Lieutenant on 10 April 1889, and to Captain on 7 October 1896. He saw military service mainly in Africa, first during the Second Matabele War in 1896 and later during the Second Boer War. In January 1900 he was seconded to the Staff, and appointed an Aide-de-camp to the Duke of Connaught, Commander-in-Chief of Ireland. In early February 1902, he was appointed in command of the 37th Battalion, Imperial Yeomanry, with the temporary rank of lieutenant-colonel, and the following May left Aldershot with his Battalion for service in South Africa. From 1903 to 1904 he served in Somaliland.

In 1910 he succeeded his elder brother in the barony. This was an Irish peerage and did not entitle him to an automatic seat in the House of Lords. However, in 1912 he was elected as an Irish Representative peer and was able to take a seat in the upper chamber of Parliament. From 1916-19 he was Chief Press Censor for Ireland.

Time magazine on 5 May 1930 reported his stance on British taxation:

"The time may have come," said Lord Decies ominously, "when our wealthy men should seriously consider whether they must send their money out of this country." As Director of the British Income Taxpayers' Association, he vowed that he would suggest to them that "the time may have come. ..."

Beresford was an Irish polo player in the 1900 Summer Olympics. He was part of the Foxhunters Hurlingham polo team which won the gold medal.

In 1908, he played in the first international polo match between England and Argentina at the Hurlingham Club in Hurlingham, Buenos Aires alongside Alexander Godley.

Lady Decies died on 3 February 1931, and following her death he married Elizabeth Wharton Drexel, the daughter of Joseph William Drexel, on 25 May 1936. Elizabeth had previously been married to Harry Lehr.

Asked how to say his name, Lord Decies told The Literary Digest: "With ci as in conscience it is dee-shees, and Beresford is berysford."

The contents of this page are sourced from Wikipedia article on 23 Apr 2020. The contents are available under the CC BY-SA 4.0 license.
View John Beresford 's image gallery
Image Gallery 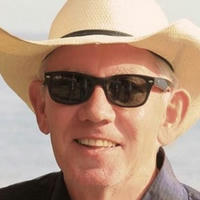 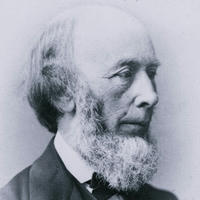