John Banner (born Johann Banner, 28 January 1910 – 28 January 1973) was an Austrian-born American film and television actor. He is best known for his role as Sergeant Schultz in the situation comedy Hogan's Heroes (1965–1971). Schultz, constantly encountering evidence that the inmates of his stalag were planning mayhem, frequently feigned ignorance with the catchphrase, "I see nothing! I hear nothing! I know nothing!" (or, more commonly as the series went on, "I know nothing, nothing!").

Banner was born to Jewish parents in Stanislau, Austria-Hungary (now Ivano-Frankivsk, Ukraine). He studied for a law degree at the University of Vienna, but decided instead to become an actor. In 1938, when he was performing with an acting troupe in Switzerland, Adolf Hitler annexed Austria to Nazi Germany. Banner emigrated to the United States, where he rapidly learned English.

In 1942, he enlisted in the United States Army Air Forces, underwent basic training in Atlantic City and became a supply sergeant. He even posed for a recruiting poster (before he became portly). He served until 1945.

According to fellow Hogan's Heroes actor Robert Clary, "John lost a lot of his family" to the Holocaust.

Banner appeared on Broadway three times — in a musical revue called From Vienna, which ran for two months in 1939; and in two comic plays, Pastoral, in which he had a leading role, but which had a very brief run in November 1939; and The Big Two, which also ran briefly in January 1947. Early on, before he became fluent in English, he had to learn his lines phonetically.

Banner appeared in over 40 feature films. His first credited role was a German captain in Once Upon a Honeymoon (1942), starring Cary Grant and Ginger Rogers. He played a Gestapo agent in 20th Century Fox's Chetniks! The Fighting Guerrillas (1943). His typecasting did not please him – he later learned that his family members who had remained in Vienna all perished in Nazi concentration camps – but it was the only work he was offered.

In the late 1950s, a still slim Banner portrayed Peter Tchaikovsky's supervisor on a Disneyland anthology series about the composer's life. This followed a scene with fellow Hogan's Heroes actor Leon Askin (General Burkhalter) as Nikolai Rubinstein. In 1953, he had a bit part in the Kirk Douglas movie The Juggler as a witness of an attack on an Israeli policeman by a disturbed concentration camp survivor.

In 1954, he had a regular role as Bavarro in the children's series Rocky Jones, Space Ranger. Two years later, he played a train conductor in the episode "Safe Conduct" of Alfred Hitchcock Presents, appearing with future co-star Werner Klemperer (Colonel Klink), who played a spy. He played Nazi villains in several later films: the German town mayor in The Young Lions (1958); Rudolf Höss in Operation Eichmann (1961); and Gregor Strasser in Hitler (1962). The year before the premiere of Hogan's Heroes, Banner portrayed a soldier in the World War II German "home guard" in 36 Hours (1964). Although it was a serious role in a war drama, Banner still displayed some of the affable nature that became the defining trait of the character he would create for television the following year. By coincidence, during the final moments of 36 Hours, John Banner's character meets up with a border guard played by Sig Ruman, who had portrayed another prisoner-of-war camp chief guard named Sergeant Schulz, in the 1953 film Stalag 17, starring William Holden.

The comedy series Hogan's Heroes, in which Banner played Sergeant Hans Schultz, the role for which he is most often remembered, debuted on the CBS Television Network in 1965. According to Banner, before he met and married his French wife Christine, he weighed 178 pounds (81 kg); he claimed her good cooking was responsible for his weight gain to 260 pounds (120 kg), which helped him land the part. The character of Schultz is a bumbling, but ultimately lovable German guard at a World War II prisoner-of-war camp. The camp is used by the prisoners as a secret staging area for sabotage and intelligence-gathering. Schultz is forever becoming indebted to the prisoners, which they use for their ends. His main goal is to avoid trouble from his superiors, which often leads him to ignore the clandestine activities of the prisoners. (On those occasions he would often say his catchphrase "I hear nothing, I see nothing, I know nothing!" As the series went on this became simply "I know nothing. Nothing!!"). Another signature phrase was, "Jolly joker!", which he would use often when one of the POWs would make a joke at his expense.

Banner was loved not only by the viewers, but also by the cast, as recalled by cast members on the Hogan's Heroes DVD commentary. The Jewish Banner defended his character, telling TV Guide in 1967, "Schultz is not a Nazi. I see Schultz as the representative of some kind of goodness in any generation." Banner appeared in almost every episode of the series, which ran for six years.

In 1968, during the run of the series, Banner co-starred with fellow Hogan's Heroes actors Werner Klemperer, Leon Askin and Bob Crane in the Cold War comedy The Wicked Dreams of Paula Schultz, starring Elke Sommer in the title role.

After Hogan's Heroes was cancelled in 1971, Banner starred as the inept gangster Uncle Latzi in a short-lived television situation comedy, The Chicago Teddy Bears. His last acting appearance was in the March 17, 1972, episode of The Partridge Family. He then retired to France with his Paris-born second wife.

Less than one year after moving back to Europe, while visiting friends in Vienna, John Banner died on his 63rd birthday, following an abdominal hemorrhage.

The contents of this page are sourced from Wikipedia article on 04 Jun 2020. The contents are available under the CC BY-SA 4.0 license.
View John Banner 's image gallery
Image Gallery 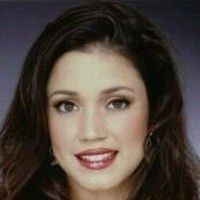 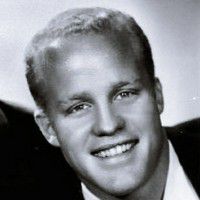