John Anthony Volpe (/ˈvoʊlpi/; December 8, 1908 – November 11, 1994) was an American businessman, diplomat, and politician from Massachusetts. A self-made son of Italian immigrants, he founded and owned a large construction firm. Politically, he was a Republican in increasingly Democratic Massachusetts, serving as its 61st and 63rd Governor from 1961 to 1963 and 1965 to 1969, as the United States Secretary of Transportation from 1969 to 1973, and as the United States Ambassador to Italy from 1973 to 1977. He was an important figure in the development of the Interstate Highway System at the federal level.

Volpe was born on December 8, 1908 in Wakefield, Massachusetts. He was the son of Italian immigrants Vito and Filomena (née Benedetto) Volpe, who had come from Pescosansonesco, Abruzzo to Boston's North End on the SS Canopic in 1905; his father was in the construction business.

In 1934, Volpe married Giovannina Benedetto, with whom he had two children, John Anthony, Jr. and Loretta Jean Volpe Rotondi. During World War II, he volunteered to serve stateside as a United States Navy Seabees training officer, enlisting with the rank of lieutenant commander. He was a Knight of Columbus.

Volpe's first political post was in 1951, when he served as the deputy chair of the Massachusetts Republican Party. In 1953, Governor Christian Herter appointed him the Massachusetts Commissioner of Public Works, and in 1956 he was appointed by President Dwight D. Eisenhower as the first administrator of the Federal Highway Administration. In this position he oversaw the early phases of the development of the Interstate Highway System.

During his administration, Governor Volpe signed legislation to ban racial imbalances in education, reorganize the state's Board of Education, liberalize birth control laws, and increase public housing for low-income families. Governor Volpe also raised revenues, engaging in a long and ultimately successful fight to institute a three percent state sales tax. He served as president of the National Governors Association from 1967 to 1968.

In 1968, Volpe ran unsuccessfully as a "Favorite son" candidate for the Republican presidential nomination. He was defeated in the state presidential primary by a spontaneous write-in campaign for New York Governor Nelson A. Rockefeller. Volpe was one of the finalists in Richard M. Nixon's decision concerning a running mate; he was considered acceptable to most wings of the party, but Nixon ultimately selected Spiro Agnew instead.

Following the election, President Nixon rewarded Volpe for his support by appointing him Secretary of Transportation. He resigned as governor to assume the cabinet post, and served in that position from 1969 to 1973. During his tenure, Volpe abandoned previous positions supportive of unfettered highway construction, instead pushing for a more balanced approach to the nation's transportation infrastructure. He was notably instrumental in effectively ending attempts to revive Boston's failed Inner Belt project, which he had promoted as highway administrator. Amtrak was established during his time in office.

Volpe was the second to serve in this role following the position becoming a Cabinet-level appointment. He received the Award of Excellence in 1970 from Engineering News-Record for his service as Secretary of Transportation.

Volpe had a long and abiding interest in the homeland of his parents, and visited it many times. In 1969, he was awarded the Knight Grand Cross of the Order of Merit of the Italian Republic.

In 1973, Volpe was nominated by President Nixon and confirmed by the United States Senate as United States Ambassador to Italy, a position he held until 1977. Volpe was looked down upon by elements of the Italian elite, due to his roots in southern Italy, and upset leftist elements of its political establishment by making strong statements against the inclusion of the Italian Communist Party in its government. He was predictably accused by the Italian Communist press of being "neo-Fascist" for his views.

Volpe died in Nahant, Massachusetts on November 11, 1994, at the age of 85. He was buried at Forest Glade Cemetery in Wakefield, Massachusetts.

The John A. Volpe National Transportation Systems Center in Cambridge was named in his memory, as well as the Governor John A. Volpe Library at Wakefield High School in Wakefield. Volpe's papers are stored in the Archives and Special Collections of the Northeastern University Libraries, in Boston. Terminal E at Logan International Airport is also dedicated in his honor.

The contents of this page are sourced from Wikipedia article on 25 Mar 2020. The contents are available under the CC BY-SA 4.0 license.
View John Anthony Volpe 's image gallery
Image Gallery 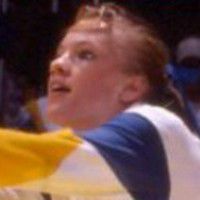