Johannes Thienemann (12 November 1863 – 12 April 1938) was a German ornithologist and a pioneer bird bander who established the Rossitten Bird Observatory, the world’s first.

Thienemann was born in Gangloffsömmern, Thuringia. His education was focused on training him for Christian ministry. He later worked as a teacher but found his vocation in ornithology, in particular the study of bird migration. In 1901 he founded the bird observatory on the Curonian Spit at Rossitten, East Prussia (now Rybachy, Kaliningrad Oblast, Russia), where he carried out his ornithological work for the rest of his life, though retiring as director of the observatory in 1929. He died at Rossitten in his 75th year.

Honours received by Thienemann include:

Books authored by Thienemann include: 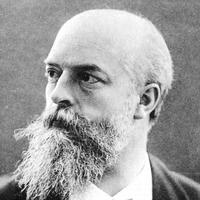