Johannes Schmoelling (born 9 November 1950 in Lohne, Germany) is a German musician and keyboard artist. He was a member of the prolific electronic music group Tangerine Dream from 1979 to 1985. A classically trained musician, he began playing piano at the age of eight. By twelve he had begun playing the pipe organ and successfully mastered the instrument so well that he began to play professionally at various churches. By 1978 Johannes had graduated from college with a degree in sound engineering and secured a job working on live theater performances at the prestigious Schaubühne am Halleschen Ufer in Berlin. He ended his stint with Tangerine Dream at the end of 1985 to pursue a solo career and has produced several solo albums as well as soundtrack music for numerous German television programs. In 2000 he created his own record label Viktoriapark records.

Johannes met Tangerine Dream founder Edgar Froese in 1979. After his successful audition, he was brought into the band as a replacement for Peter Baumann thus re-establishing the trio. His first album with Tangerine Dream was Tangram and he successfully performed with the band on many albums like Exit, White Eagle, Logos Live, Hyperborea, and Poland: The Warsaw Concert. He was also a key performer during their prolific soundtrack years in the 1980s and has soundtracks to movies such as Thief, Risky Business, Firestarter and Legend to his credit. In addition he performed several concerts with the band at various locations throughout the world.

After working with Jerome Froese on Froese's record "Far side of the face", Johannes Schmoelling joined him and Robert Waters for the Loom project. So far they have released three EPs, titled "100 001", "200 002", and "300 003", and three albums called "The Tree Hates the Forest", "Scored", and "Years in Music". Loom performed at E-Live in Oirschot, Netherlands on 15 October 2011 and two shows in Budapest in 2012. In 2014 Johannes Schmoelling and Robert Waters performed with Jerome Froese at the Electronic Cirkus Festival, (not as Loom) but supporting Jerome who was a headliner at that festival. Songs by Loom and Tangerine Dream were also played. In 2016 Loom played two more concerts. At Ufa Fabrik in Berlin (where the album Years in Music was recorded), and in October they played once again at The E-Live Festival in Oirschot, near Eindhoven in The Netherlands.

Prince and Landgrave of Hesse 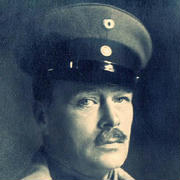