After studying art in Germany at Nuremberg and Munich, he practiced engraving until 1848, in which year he came to the United States and taught for a time in Newark, New Jersey. In 1851, he married Julia Adelaide Torrey. They eventually had four children. After his marriage, he engraved plates for bank notes, painted portraits and colored photographs. In 1857 he was elected an associate of the National Academy of Design. In 1857 he moved to Madison, New Jersey, where he painted Lament of the Fallen Spirits and Redemption. About this time, he was invited to assist in preparing new decorations for the capitol in Washington. In 1861 he transferred his studio to Westerly, Rhode Island, where he painted Father Time and his Family and The Final Harvest (1862), The Dispensation of the Promise and the Law (containing 150 figures, 1863), Walk to Emmaus, The Walk to Gethsemane, Easter Morning, Magdalen at the Sepulchre, The Rock of Ages, and others (1868). His painting Rock of Ages became enormously popular and was reproduced in millions of photographs and chromolithographs for sale both in the United States and England. During the American Civil War, Oertel accompanied the Army of Virginia under General Burnside for several months in 1862. His Virginia Turnpike and other landscapes were the fruit of this military experience.

While residing at Westerly, he prepared himself for orders in the Episcopal church, and he was made deacon in 1865, and subsequently presbyter. He then confined himself almost entirely to the domain of Christian art, and painted pictures that he presented to churches in Glen Cove, New York, New York City, Washington, D.C., North Carolina, and elsewhere.

He had charge of two parishes in North Carolina (in Lenoir) until 1876. He moved around a great deal as a priest and spent time in North Carolina, Florida, Tennessee, St. Louis, Washington DC, Maryland and Virginia. Oertel was an instructor of art at Washington University in St Louis, in 1889-91. He spent the last 18 years of his life in a town near Washington DC, where he made many religious paintings and wood carvings. He painted a series of four large pictures entitled The Plan of Redemption which he presented to Sewanee (the University of the South in Tennessee). His last major work came in 1906-07 when he created the paintings and designed the new woodwork for the altarpiece of the Cathedral at Quincy, Illinois.

Oertel died in Vienna, Virginia, where he was living with one of his sons, and is buried in Flint Hill Cemetery in nearby Oakton. Collections of his papers are held by the libraries of George Washington University and the University of North Carolina at Chapel Hill. 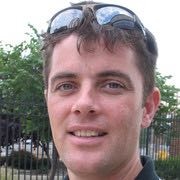 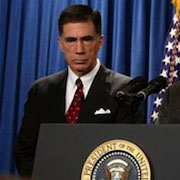