Johann Peter Kirsch was born in Dippach, Luxembourg on November 3, 1861, the son of Andreas and Katherine Didier Kirsch. He began his high school education at the Atheneum, and then went to the seminary. He was ordained a priest on August 23, 1884. That autumn he was sent to Rome to attend the Collegio Teutonico. Kirsch was a student of renowned archaeologist Giovanni Battista de Rossi. In 1888 Kirsch became the first Director of the Historical Institute of the Görres Society in Rome. From 1889 to 1932 he was professor of patristics and Biblical archaeology at the University of Fribourg, where Clemens August Graf von Galen was one of his students. In 1907 he founded the "Swiss Journal of Church History". Kirsch did extensive studies on the early churches of Rome. In 1925, Pope Pius XI asked Kirsch to direct the Pontificio Istituto di Archeologia Cristiana in Rome. In 1932, Kirsch was made a prothonotary apostolic.

Monsignor Kirsch contributed many articles to the Catholic Encyclopedia. He died in Rome on February 4, 1941 and is buried at the Campo Santo Teutonico. 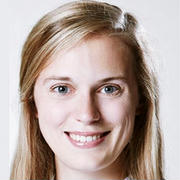