Bätz was born in Frankenroda (Thuringia). He learned the organ-building profession in Gotha under the auspices of Christoph Thielemann. He came to Holland in 1733 where he probably first worked for Christiaan Müller, builder of the organ in the Sint-Bavokerk in Haarlem. In 1739 he set up his own firm in Utrecht. His instruments were considered stupendous, commanding the admiration of every one who hears, and even sees them. The organ of Zierikzee, which was built in 1770, had 56 voices and 3108 pipes. Bätz was paid 19,500 florins for this organ, which burned down in 1832. He erected other organs of similar magnitude in the large churches of Gorinchem, Utrecht, Woerden, Benschop, etc. He died in Utrecht. His sons Gideon (1751-1820) and Christoffel (1755-1800), who lived their entire life in Utrecht, succeeded their father in the business.

After Johann Heinrich Hartmann Bätz died, his family kept the company alive. His son Gideon Thomas (1751-1820) took over the company in 1772. Christoffel, brother to Gideon Thomas kept working with his brother although he had his own organ building company now. The sons of Christoffel, Jonathan and Johan Martin succeeded their father in 1820. In 1849 Christian Gottlieb Friedrich Witte took over the company, he had been working with the Bätz family since 1827.

Some notable organs build by the Bätz family:

The contents of this page are sourced from Wikipedia article on 10 Mar 2020. The contents are available under the CC BY-SA 4.0 license.
comments so far.
Comments
Reference sources
References
https://archive.org/stream/bub_gb_UDd_ArBPBp0C#page/n4/mode/1up
https://web.archive.org/web/20070312044458/http://www.zierikzee-monumentenstad.nl/kk_300008.html
http://www.biografischportaal.nl/en/persoon/72958353
Trending today in 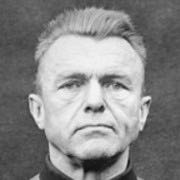