Johann Graf (born 1946) is an Austrian businessman, the founder and owner of Novomatic, an Austrian gambling company.

Graf’s professional career started in 1974. It was then that Graf founded Gerhard Brodnik the Brodnik & Graf GmbH. This company specialized in importing Belgian pinball machines to be set up in pubs, cafes and brothels.

Graf is divorced with three children and lives in Vienna. He collects vintage cars and owns some 120, most of which are Jaguars. The eldest of his three children is the chief technology officer of Novomatic.

According to Forbes’ list of global billionaires, he is listed at number 208 with a net worth of $7 billion as of July 2015. 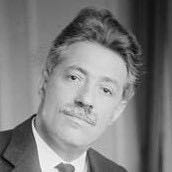