He was born in Koblenz. He is best known as author of the 39-volume Rheinischer Antiquarius (1845–1871), with five of its volumes being issued after his death by Anton Joseph Weidenbach. 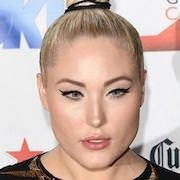