Gebauer was born in Copenhagen. His father was the painter, Christian David Gebauer. He lived with his paternal grandmother during his childhood in Christiansfeld. It was a stringent religious upbringing.

Gebauer took on teaching music after completing his formal training. In 1842, he became editor of "Songbird," a compilation of the compositions of budding Danish composers. In 1846, he was given the job of the organist at the Petri Church in Copenhagen.In 1859, he was transferred to the office at the Holy Spirit Church, a position he held until his death. 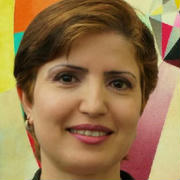