Johan Pehrson currently lives in Örebro with his wife and four children. 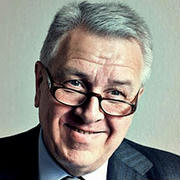