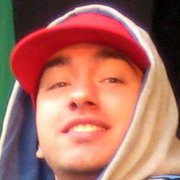 Joey Lanni Moe Lynghave (born 8 June 1985) is a Danish-Hawaiian hip hop and pop singer and producer. During his career, he has collaborated with a number of other Danish artists.

Joey Moe studied at the Danish music school Sankt Annae Gymnasium. In 1996, when he was only 10, he formed a boy band named Nothing Special with Theis Keller who later on became part of another Danish boy band, Fu:el, that took part in a Danish Popstar competition in 2003.

After the dissolution of Nothing Special, Moe continued with music particularly alongside rapper Jinks, both eventually joining the Nexus Music record label owned by producers Jon & Jules and Nik & Jay.

In 2009, he released a major dance single, "Yo-Yo", that reached #3 on the official Danish Singles Chart. The song also topped the dance charts for many months receiving platinum status. He also received the Voice Prisen '09 award. In February 2010, he released internationally an English version of "Yo-Yo" on the record label Universal which garnered airplay in Germany, Austria, Poland, Switzerland and Sweden.

He has also written for Basim on the single "Befri dig selv" and for Nicolai on the songs "Når du danser for mig" and "Du er en stjerne".

Joey Moe is the son of singer Lupe Moe. His aunt Lei Moe is also a recording artist. He has tattoos with the inscription "96" on one wrist and "06" on the other, as homage to the year 2006, when he released his first album.

The contents of this page are sourced from Wikipedia article on 06 Mar 2020. The contents are available under the CC BY-SA 4.0 license.
View Joey Moe 's image gallery
Image Gallery