Joelle Hadjia (born 7 November 1990 in Sydney) is an Australian singer best known simply as Joelle and for competing in the fourth season of The X Factor Australia as part of the duo Good Question and in the fifth season as a solo singer.
As of July 2016, Hadjia went under the name Joey.

Joelle Hadjia is from Sydney. She was a student at the University of Western Sydney.

She originally tried to kickstart her career in LA when she was 19 and was signed to a small independent label. Hadjia released her first single entitled "Thought It Was You" which was produced by Sergio 'Don Dolla' Selim. She was released from her contract with the label. Following the disbandment of Good Question, Hadjia announced that she would return to her solo career.

After Kristina Adesuwa discovered Hadjia on YouTube, they formed a duo called Good Question. The duo auditioned for the fourth season of The X Factor Australia, singing "Wild Ones" by American rapper Flo Rida and Sia Furler, where they got four yeses. On the first day of super bootcamp, they performed "Back for Good" by the British pop group Take That. On 25 August 2012, Good Question performed "Get Yourself Back Home" by Gym Class Heroes on the talk show Weekend Sunrise.

Hadjia auditioned for the fifth season of The X Factor Australia as a solo artist, in her home town of Sydney, singing "Don't You Worry Child" by Swedish House Mafia. She gained two out of three yeses with judge Redfoo feeling the she didn't have "The X Factor", despite this she advanced to the super bootcamp stage of the competition. On the first day of super bootcamp, Hadjia sang an rendition of "I'm with You" by Avril Lavigne, advancing to the second stage of bootcamp. On the second day, she sang "ET" by Katy Perry. On the final day of bootcamp, Hadjia performed "Big Girls Don't Cry" by Fergie to the judges and a live audience of one thousand, advancing to the home visits. Hadjia was announced to compete in the Under 24 Girls category being mentored by Redfoo. At the home visits, Hadjia sang "Read All About It, Pt. III" by Emeli Sande for Redfoo and his assistant will.i.am. Hadjia advanced to the live shows stage. At the first week of the live shows, Redfoo chose Hadjia to sing "Sweet Nothing" by Calvin Harris, and she advanced to the second week of the live shows.

In week four of the live shows, she sang "True Love" by Pink causing judge Ronan Keating to say "Every week, every single week we're in the same situation. This isn't you, this isn't the right song" and also leaving him to question Redfoo by saying "I don't know if you guys are not working together but I'm just not getting it. It's not happening." In week five of the live shows, Hadjia fell into the bottom two alongside Jiordan Tolli but was eliminated after Keating, Natalie Bassingthwaighte and Dannii Minogue all chose to save Tolli. Hadjia's version of "Joey" debuted on the ARIA Singles Chart at number 33, but fell to number 81 the following week.

Performances on The X Factor

Hadjia's voice is described as soulful with a pop and R&B twist. "I would describe it as a combination of RnB, pop and soul," Joelle told Confidential. Joelle also said "I don't really have a particular genre that I put myself in which I always thought was a bad thing but now I'm discovering it is good because it is something different and fresh". She cites Beyoncé, Drake, Rihanna, The Weeknd, Chris Brown, Lauryn Hill, Keri Hilson, Jessie J, John Legend, Rita Ora, Kelly Rowland, Ed Sheeran and Taylor Swift as her musical influences.

Hadjia has a tattoo on her hip that has three lines of words which read: "I will remain focused and maintain my balance, I will not allow the endless mysteries of life to discourage my potential". Hadjia previously dated South Sydney Rabbitohs rugby league player Sam Burgess, they split in December 2013. 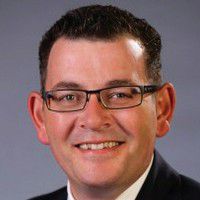 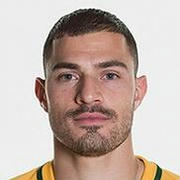